Home Entertainment The screenwriter of “Doctor Strange 2” spoke about the dark alternative ending... 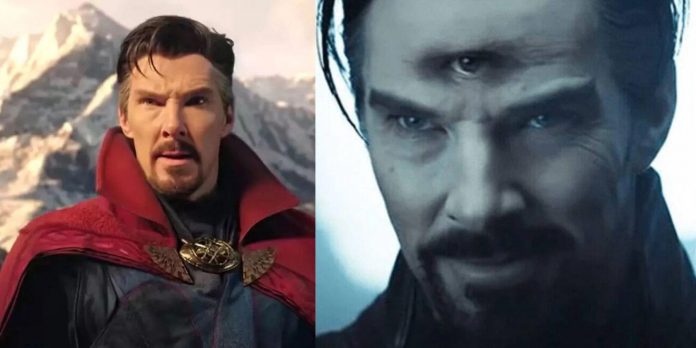 Rounding off an interesting note that presented many uncertainties for Stephen Strange moving forward in the MCU, “Doctor Strange in the multiverse of Madness” initially had a much darker ending for the sorcerer, according to writer Michael Waldron.

Following the events of Spider-Man: No Way Home, the sequel to Doctor Strange follows Benedict Cumberbatch’s sorcerer hero through alternate multiverse realities as he is forced to seek new allies to defeat new threats. One of these threats is his evil version, corrupted by the Darkhold.

After crossing the multiverse and killing his evil version, who used the dark magic of the Book of the Damned to walk in his sleep and kill other versions of Strange in search of a reality where he could be with Christine Palmer, Stephen Strange from Earth-616 returns to Earth. his universe with his supernatural third eye. But this was not always the end. According to ComicBook, Walrdon talked about an alternative and much darker ending to the film in an audio commentary for the digital release. “Strange is trapped in the [invasion] universe… and then [Sinister Strange] unfolds and the third eye opens,” Waldron said.

Instead, the film decided to end with another cliffhanger to finish, as one of the scenes in the end credits shows how strange paths intersect with a sorceress named Clea, played by Charlize Theron, who warns him that his actions have provoked an invasion that he must help fix. . Strange then agrees to follow her into the Dark Dimension (the timeless dimension inhabited by Dormammu shown in the first film). “The multiverse put a mirror in front of his face and forced him to do introspection, which I think he never did,” Waldron added. “Even when he got into the first [car] accident [in Doctor Strange], instead of really thinking about who he was, instead he went and just became the most powerful magician alive. This is a guy who doesn’t want to go. to therapy. Now I think there’s been some forced self-reflection during this adventure, and I think he’s probably more capable than ever of working as a team.”

While it would certainly be interesting to see the Sinister Strange on Earth-616, the way the movie eventually ended still creates a lot of exciting storylines for the character of Strange. While it’s unknown when Strange will get his third solo outing, it’s nice to know that he will continue to appear in many other projects as the MCU seems to be wrapping up with the Secret Wars storyline.

“Doctor Strange: The Multiverse of Madness” is now available for streaming on Disney Plus.

Age Of Empires 4 Promises Mods And Ranked Matches In New...