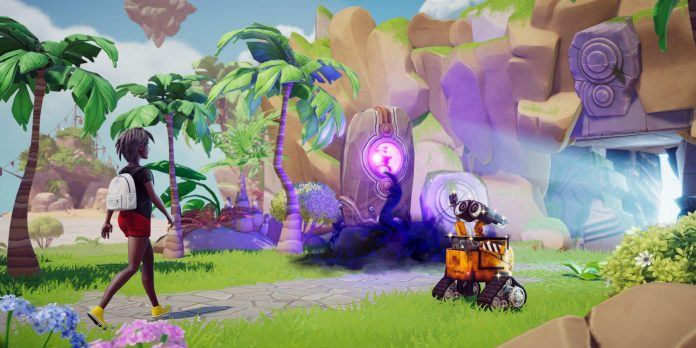 The Disney Dreamlight Valley player stumbled upon a moment in the game that is very familiar from the event that gamers see in Animal Crossing: New Horizons. Disney Dreamlight Valley is a life simulator very similar to Animal Crossing, allowing players to live in a virtual city full of Disney and Pixar characters. The game allows players to explore a world filled with adventures and quests while preserving the layout of their neighborhood, landscape and objects.

In Animal Crossing: New Horizons players can meet a bird named Gulliver. Gamers will find it washed up on the shore of their island and go in search of spare parts for a broken NookPhone. The Disney Dreamlight Valley player captured in the title a scene very similar to a meeting with Gulliver, although the Animal Crossing character was replaced with a very famous duck.

A Reddit user under the nickname CupKitts posted a photo of himself on the beach in Disney Dreamlight Valley. Donald Duck is lying on the shore in his sailor suit, very similar to Gulliver’s suit. CupKitts managed to take the picture at the perfect time to make it look like Donald washed up on the shore. The scene will remind everyone who has played Animal Crossing: New Horizons, and will be interesting to those who play in Disney Dreamlight Valley.

Wait a second.. from DreamlightValley

Many on Reddit mentioned that they think they’ve seen this scene before. One gamer said that perhaps CupKitts should not wake up this bird, and another said that Donald and Gulliver would be best friends. A user commented that the two birds are definitely in cahoots to be the most annoying character in their games, while a few more joked that Donald had just used Zettaflare from Kingdom Hearts 3.

Donald is just one of many characters that gamers will meet in the Disney life simulator. Players will find themselves interacting with characters like Wall-E, Moana and Remy in Disney Dreamlight Valley, many of whom have quests and activities for those who play the game. name, there are a few that haven’t been added yet. Among them are Nemo, Winnie the Pooh and Lightning McQueen. As Disney Dreamlight Valley continues to grow and eventually comes out of early access, developer Gameloft will have plenty of material to work with in the huge bank of Disney franchises.