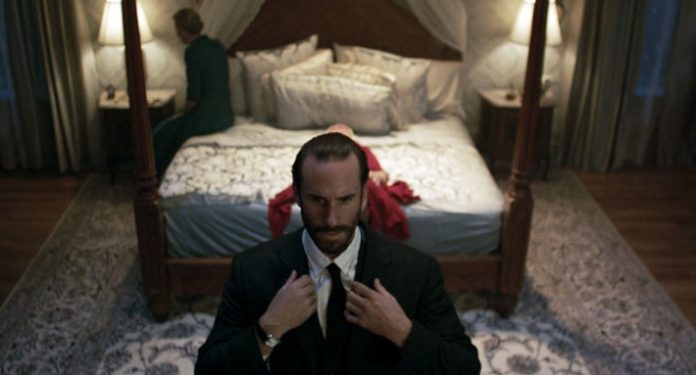 The Handmaid’s Tale has become one of the most watched dystopian series in the world with the most scenes that are difficult for viewers to see and for its actors to perform.

Many of these complicated performances have been carried out by Commander Fred Waterford, played by actor Joseph Fiennes, who despite his professionalism faced a conflict of conscience that made him refuse to film a scene in which he attacked Serena Joy (played by Yvonne Strahovski).

The scene is set in the ninth episode of the second season of The Handmaid’s Tale in which it was assumed that after Commander Fred Waterford and his wife, Serena Joy, crossed the border between Gilead and Canada, he would physically abuse her. after meeting Luke (played by OT Fagbenie).

In his defense, Fiennes explained to the writers that as abhorrent as his character’s actions were, going to such extremes was too much even for him and that he felt it was wrong.

It was not easy for the actor to make himself understood by the production of the series, but after many explanations through electrogenic emails in the end he convinced them

Without a doubt, The Handmaid’s Tale (The Handmaid’s Tale) produced by Bruce Miller is one of the biggest hits of recent years that already has a good amount of strong scenes, brutal deaths and extreme cruelty, to add one more without be necessary.