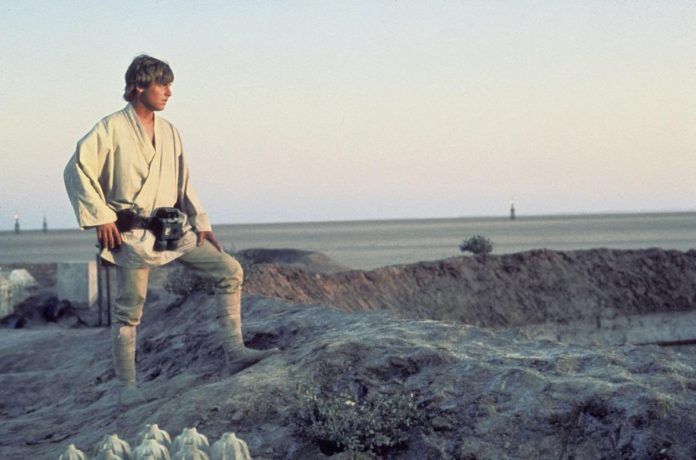 The film changed forever in May 1977, when the movie “Star Wars: A New Hope” was first released. Created By George Lucas, the film tells about heroes and villains waging a galactic war for their survival. Starring Mark Hamill, Carrie Fisher, Harrison Ford, Peter Cushing and Sir Alec Guinness. “Star Wars,” as they were originally called, has succeeded so much that it has been nominated for 10 Academy Awards and since its release has earned hundreds of millions of dollars, not to mention that it has spawned an entire cinematic universe.

Although even casual fans know these facts, few can be privy to the behind-the-scenes moments that shaped the film. In fact, some of these stories could have gone very differently, potentially starting a war between Libya and Tunisia, if the team had not handled the situation correctly.

While filming in Tunisia, which served as Luke Skywalker’s home planet of Tatooine, Lucas and the crew almost got into an international incident. According to BuzzFeed, the Tunisian government had to intervene during the filming because the area where the shooting took place was near the border with Libya. The Libyan government mistook sand crawlers for military equipment. Officials were concerned that Tunisia was building up armed forces on its border, expecting a strike.

After clarifying the situation, the crew eliminated the threat of hostilities between the two countries. They shot most of the necessary scenes in just two weeks.

“Star Wars: A New Hope” was an unexpected success

No one expected that a film about space would be such a success. “Star Wars: A New Hope” remains one of the most successful films of all time. In the first six days, he earned $2.5 million (today’s equivalent is $11.4 million). According to Variety, by the end of 1977, the film had grossed $197 million in the domestic market. By 2017, the film had earned $775 million worldwide.

The film was also nominated for many awards. “Star Wars: A New Hope” was nominated for 10 Academy Awards, six of which it won. However, many fans were shocked when she lost the award for best film to Annie Hall.

The international incident is not the only behind—the-scenes story

Even after more than 40 years, there are still some fascinating behind-the-scenes stories about the first movie of the Star Wars franchise. After the main filming in Tunisia and the UK, Lucas flew back to the United States and ended up in the hospital because he thought he was having a heart attack. It was probably stress due to the strict schedule that Lucas kept the film on, combined with his dissatisfaction with the original editor.

Another famous story from the set? Anthony Daniels, the man behind C-3PO, couldn’t physically sit down in his suit. To give the actor a break, the crew built an inclined board that allowed him to recline. But, as Wired reports, Daniels said it doesn’t help much to relax.

Fans may be surprised to learn that the main characters have undergone significant changes between drafts of the original script. Han Solo was originally supposed to be a real monster. Lucas also tried to give the hero a cape and a beard. In the second draft of the script, the character of Princess Leia was not only removed, but also Luke became a female character.

Thanks to the changes Lucas made compared to those early sketches, fans have a movie they know and love today.