Home Tech The Samsung Galaxy Z Fold 4 Could Bring A Fingerprint Sensor Under... 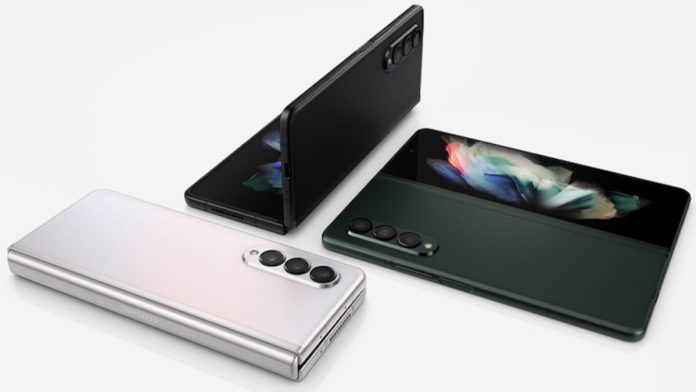 Samsung Galaxy Z Fold 4: Foldable phones are still the order of the day, although for the vast majority of users they are a great luxury. They are currently the future of the segment and something that everyone expects to be democratized. But this will be as the years go by and, for now, we can only talk about the news that arrives and will arrive in one of the great exponents. And the first rumors about the Samsung Galaxy Z Fold 4 with a fingerprint sensor on the screen already appear.

The fingerprint sensor under the flexible screen

One of the security improvements that Samsung has put into its devices has been facial recognition, but let’s remember that it is one of the pioneers in putting the fingerprint sensor on the screen. Without a doubt, it was a success both on an aesthetic and technological level since the presence of this chip was eliminated in the back, leaving the back clean and free of details other than the camera.

This technology is still very much in force in the use of traditional telephones, but we may soon see it in other sectors. And, as Sammobile says, the Korean firm could be behind a project to incorporate a fingerprint reader under the screen of the Galaxy Z Fold 4. It would be a great advantage for the company’s new folding phone, which enjoys good reputation and moving forward with hardly any rivals in its segment.

What is striking is its construction, since the sensor is dual. The terminal has a large screen and a longer screen on its cover, so the sensor will be placed in the lower part of the cover and in the lower left part of the unfolded screen. Most likely we have an ultrasonic type reader.

From the side to the screen

That Samsung brings the fingerprint reader under the screen for the Samsung Galaxy Z Fold 4 will be a great addition to the terminal. There is still much to know the final details of the device, but knowing these details already make us imagine the news that Samsung can introduce in one of its most pampered devices to date that we will surely know next year and about which there is much information left. to know.

Response To 4k Switch Claims From The Nintendo Front!

Huawei will buy Qualcomm’s top-of-the-line and mid-range chips but no 5G...