Home Tech The Samsung Galaxy Z Fold 3 will be compatible with the S... 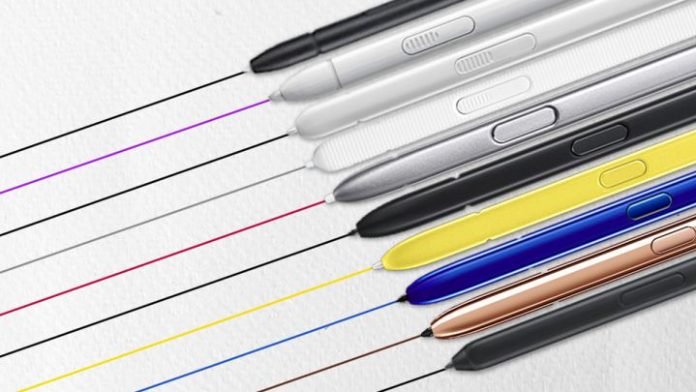 Samsung Galaxy Z Fold 3: Foldable phones are postulated as the most immediate present in the world of smartphones. There are many companies that want to launch theirs on the market and very few that have succeeded. Samsung is one of them and already has several versions on the market plus one that is on the way. This is the Galaxy Z Fold 3 version will have compatibility with the S Pen Pro.

The perfect complement for productivity: the Stylus on tablets

Touch devices are very intuitive and easy to use. They do not need to press any key or combination of these, but they use the gestures that you make with your fingers when passing them on the screen. But sometimes you miss a tool to control these devices, or at least to be more productive with them. This is the case of digital pens or stylus that work perfectly on digital tablets.

There are many manufacturers that give their users the option of having a tablet with its integrated stylus, but when it comes to smartphones it is not necessary. At least this was the case until now, just when the compatibility of the S Pen Pro with the Samsung Galaxy Z Fold 3 is confirmed. In Sammobile they point out that there is more evidence that this will be the case by the time the gadget reaches the market . As seen in the Federal Communications Commission, the Korean firm has sent a letter that has subsequently been approved in the certification of the device for use.

But the label is where we find more information about it. This document shows all the compatible models of the company, where it is not only specified that it is valid for those that are already known to be compatible. The model we are talking about also appears in a specific section that reveals one of the functions with which it will be compatible.

And it is that the Samsung Galaxy Z Fold 3 will not only be compatible with the S Pen Pro, but also with the Air Actions functions. Remember that it is a feature with which you can use the stylus through gestures that do not place it on the screen directly. That is, by shaking it you can use different applications or functions of these. What is not clear is whether the peripheral will also arrive in the terminal box as we have seen in the case of some of the firm’s tablets. Otherwise, you will have to scratch your pocket to acquire it.

Steam Deck Already Has A Release Date: So You Can Claim...