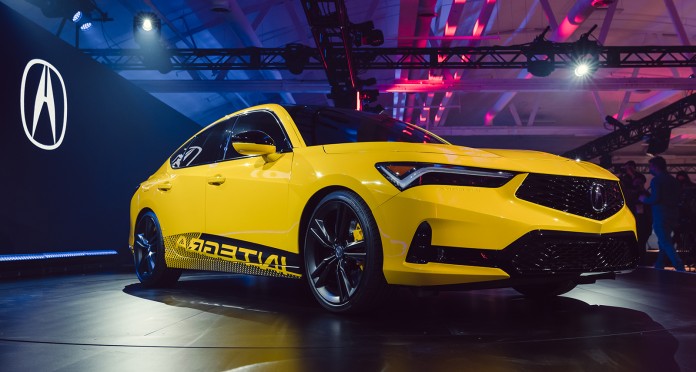 The 2023 Acura Integra has been eagerly awaited since the day it was announced. Finally, the sales price and technical specifications of the vehicle were officially announced.

Acura’s new Integra model, which appeared as a prototype late last year, has been one of the highly anticipated vehicles since the day it was announced. Integra, which has been discussed a lot with its design, engine and this new breath it brought to old Integra models, seems to be talked about more.

This new model of Acura Integra, which has made a sound, has finally been officially announced and the starting price has been announced. Let’s take a closer look at the new Integra, which promises its owners a comfortable and enjoyable driving pleasure in every sense…

The 2023 Acura Integra finally showed itself to show us that it was worth the wait. The vehicle has a 1.5-liter turbocharged four-cylinder engine producing 200 horsepower and 260 Nm of torque. It was previously announced by Acura that the engine, which is enough to entertain many of us, will not be limited to 200 hp. The interior and exterior design of the vehicle is also an issue that should be mentioned at least as much as its technical features.

If we start with the rims, 17 inch wheels are used in the standard model, but you can also own this new Integra with 18 and 19 inch rim options if you wish. Apart from enlarging the rim sizes, you can also have LED fog lights for an extra fee. Since we said upgrade, we said package, it would not be possible to pass without mentioning another feature offered to users in addition to it. Optionally, users are provided with the A-Spec performance package to make their driving more enjoyable with a six-speed gearbox option.

We focus on the details of its interior design, not the $30,000 starting price

Compared to the Honda Civic Si model since its announcement, this new 2023 Acura Integra model is larger than the Civic Si at 185.8 inches long and 72 inches wide, but at 55 inches tall they are nearly identical in height. Again, there is a very high similarity with the Civic in the interior design of the vehicle, but it is also useful to say that the material of the Integra is of higher quality than the Honda. In addition, all the elegance of technology has been utilized with LED ambient lighting, 16-speaker ELS Studio 3D sound system, 5.3-inch head-up display, wireless charging and 10.2-inch Acura Precision digital instrument cluster in the interior of the vehicle. We must also say that the thoughtful stitching detail on the steering wheel could only add so much class to a car.

Although the 2023 Acura Integra is eye-catching with its design, we have bad news for those who want to own this charismatic friend. This attractive and charismatic friend is on sale for a starting price of $30,000.

Tim Cook Recommended Android To Some iPhone Users! Here’s Why