Home Celebrity The saddest scenes the series has had 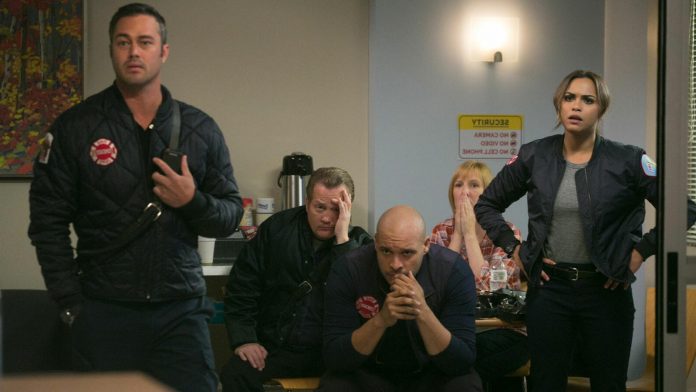 The NBC series, Chicago Fire, has been one of the most shocking dramas on television for its incredible story with each of the characters who risk their lives to save others.

Throughout these incredible 9 seasons the members of House 51 have seen and gone through very difficult situations. For that reason we will show you the most heartbreaking scenes from the Chicago Fire series. Even the saddest.

Although the character Hallie (Teri Reeves), was only in season 1, her death put the toe for the rest of the series. No one was safe. During an investigation, it was revealed that Hallie was murdered due to her witnessing a drug operation at the clinic where she worked. The fire was supposed to cover him, but Matt (Jesse Spencer) found her in time that her body wasn’t badly burned. Look.

Rebecca Jones takes her own life

Rebecca (Daisy Betts) didn’t fit in very well with House 51 when she first arrived. When she did, her father threatened the jobs of Matt and Chief Boden (Eamonn Walker) by telling them to sit Rebecca behind a desk she belongs to.

Boden told her that he wouldn’t do that, but in the end, the damage had already been done to her psyche. Rebecca would go home, write a note to Gabby (Monica Raymund), and then take her own life. Look how she was.

Neither of them could understand the problem in their relationship and that was what made Gabby run to Puerto Rico. But in season 7, she came back and for a brief moment, Matt believed that she was there to stay with him.

But it didn’t happen that way, Gabby still showed that selfish side when she didn’t have to. She understood that her actions broke her heart, but there was little regret in their last scene together.

With Kelly by her side until the very end, Anna (Charlotte Sullivan) left this world, leaving Severide (Taylor Kinney) heartbroken and his fans in the process. It was a classic case of boy meets girl, boy loses girls, finds her and finally loses her forever.

But this scene was hard to watch when Anna said all the right things, but in the end, the man who saves people for a living, failed to save the person who needed him most. Regrettable.

Shay’s (Shiri Appleby) death set the tone for what appeared to be a family-oriented show. The death of an important character is always difficult to comprehend, but Shay died on terms earned from her doing what she always did: saving a life.

It was difficult to see Otis (Yuri Sardarov) lying in a hospital bed, but it was even more difficult to see Joe Cruz (Joe Minoso) next to his bed. With the rest of House 51 in the waiting room, it was only fitting that the heartbreaking moment was between the two brothers.

With Joe admitting that his friend was gone, Otis offered his last words; “Brother, I will always be with you.” A very heartbreaking scene, in addition to this the actor of this character made him a personal poem.

There are undoubtedly many other moving scenes, but we believe that these will be enough for you from crying so much, with such sad and dramatic scenes. I will look for my cloth to dry my tears.