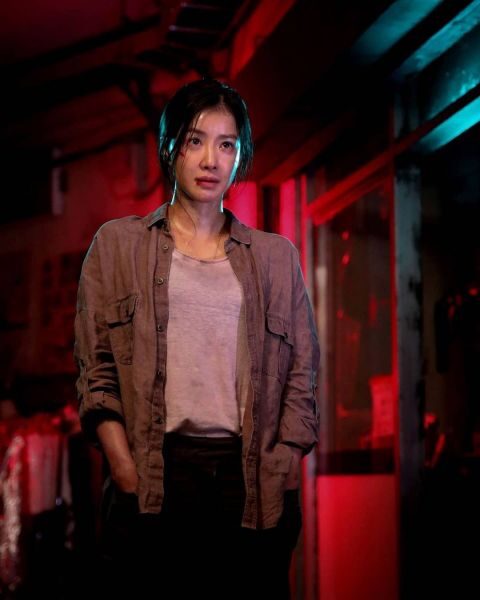 Lee Si Young, 38, with over 12 years of artistic career, has garnered attention with her new role in Sweet Home, an athletic and fierce firefighter who struggles to survive battling creepy monsters.

Sweet Home is the Netflix original dramatic adaptation of a popular webtoon that tells the story of Cha Hyun Soo (played by actor Song Kang), a lonely high school student who is forced to move into an old shabby apartment afterwards. that his family dies in an accident. Until terrible events occur in the world.

Lee Si Young plays Seo Yi Kyung in Sweet Home, a former firefighter who worked for the special forces. This is a new and original character, added in the adaptation so the artist said she was honored with her role during a recent interview.

The actress detailed how she physically prepared to play her character, as she had to lose weight to achieve 8 percent body fat in addition to taking action school lessons and preparing for action scenes for six months before it began. the Filmation.

“Nobody told me how much body fat I should lose. But my trainer said I had to have 8 to 9 percent body fat for my muscles to show. So I started exercising with that goal.”

Lee Si Young explained that he followed a very strict diet to achieve sufficient muscle mass. So she began to limit her meals radically the last few weeks before filming.

Despite the sacrifices she had to make, the interpreter said she was grateful to have the opportunity to play an action character at her age and that she was very committed to doing her best.

After its debut on December 18, Sweet Home broke a world record by ranking eighth in the “Top 10 Netflix TV shows in the world.” It is also the first Korean drama to reach the Top 10 in the United States.