Home Entertainment The role-playing game “The Walking Dead: All Stars” has been announced 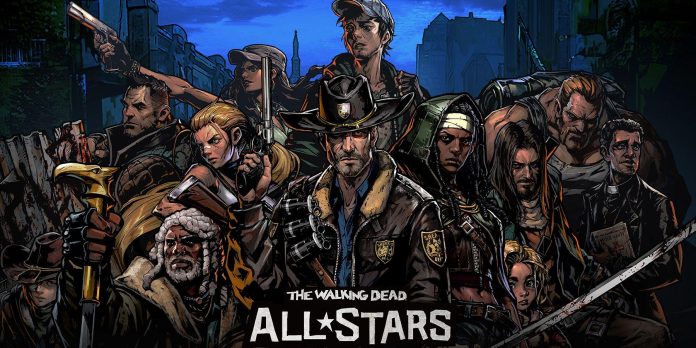 The latest mobile game in The Walking Dead universe from Skybound is The Walking Dead: All—Stars, developed by an experienced South Korean developer and publisher Com2uS. Com2uS is behind many successful mobile games, including Summoner’s War, which boasts more than 100 million downloads and supports a large number of users for seven years after release. In The Walking Dead: All-Stars, there will be a somewhat similar tactical gameplay based on squads, in which teams of assembled survivors will undergo increasingly complex story tests, while players will also be able to manage the base, developing their personal shelters with the help of earned resources. through gameplay.

The visual style of the game is clearly based on the Walking Dead comic book series, and not on the AMC series with live action movies, which is well suited for the format of 2D games for mobile devices. A diverse cast of familiar survivors, including Rick, Michonne and Glenn, will be available for collectibles along with antagonists such as Negan and Alpha, so fans of “The Walking Dead” will most likely have a chance to purchase their favorite characters. In addition to the usual stages, the game will include several different modes, such as “Supply Launch”, “Camp Defense”, “Joint Combat” and “Auto-search”. A special PvP mode also pits player squads against each other to get resources in true “Walking Dead” style.

Pre-registration of the game is available on The Walking Dead: All-Stars website, which will give gamers the opportunity to try it out earlier, although a full release date has not yet been announced. A collectible game based on a zombie squad may be exactly what “Walking Dead” fans need to kill time while waiting for the big premiere of “Tales of the Walking Dead.”

The Walking Dead: All-Stars is available for pre-registration on Android and iOS.