Home Entertainment The Rise of the Bookworm, Season 3, Episode 10 Review: “The Blessing” 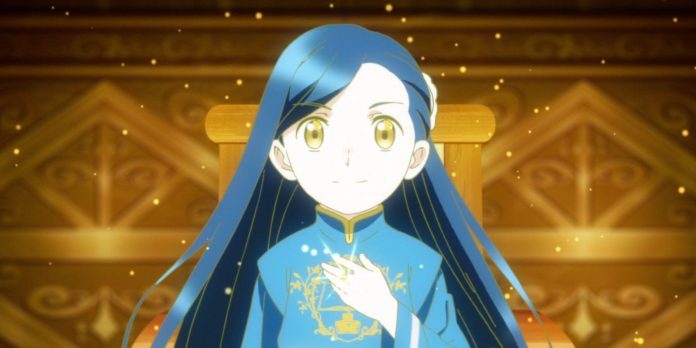 Below are spoilers for the 10th episode of the 3rd season of the TV series “The Rise of the Bookworm”, “The Blessing”, which is currently being broadcast on Crunchyroll.

This is the last episode of Season 3, and Mayne’s clash with the high priest and the cruel Count Bindewald is coming to an end. However, not everything will be solved neatly, which means that Mayne is now forced to make a choice that will change her life forever.

The third season marks the end of another chapter in Mayne’s life and the beginning of a new one. New adventures are sure to await her in the life she now has to lead, and although she can leave her current life behind, she can still somehow keep these connections.

While the battle between Ferdinand and Bindewald continues, Mayne protects his family and friends with a magic barrier from the wind. When Ferdinand wins the clash and sends Bindewald flying, Sylvester and Karstedt arrive at the cathedral. When the high priest Bezevanst, who turns out to be Sylvester’s uncle, begs Sylvester to save him, Karstedt introduces Sylvester as About Ehrenfest, lord of the domain.

Everyone in the room immediately stops fighting and bows respectfully to Sylvester. Bindewald immediately begs Sylvester to punish Mayne immediately for the crime of attacking a nobleman, despite the fact that he was a commoner. However, Sylvester corrects Bindewald and tells him that Mayne is actually his adopted daughter. Sylvester calls Mayne to him and shows the black protective talisman he gave her. He explains that the spell will terminate any contract the moment the blood seal touches him. Since Mayne had previously put her blood seal on the amulet, this completed the adoption process, making her the daughter of Lord Ehrenfest.

He then accuses Bindewald of assaulting his daughter, and Karstedt restrains him before he manages to escape. Besevanst, fearing for his own skin, claims that he was fooled and has nothing to do with Bindewald’s plan, but Sylvester refuses to believe him. When Bezevanst insults Ferdinand, Sylvester reveals that Ferdinand is his half-brother and reproaches him for speaking ill of him. Bezevanst tries to turn Sylvester against Ferdinand, but his pleas don’t work. Realizing that Bezevanst has gone too far, Sylvester immediately declares that Bezevanst and all his accomplices will be put to death.

When the high priest and his servants are escorted out of the cathedral, Delia asks Mayne to take good care of Dirk. Mayne, feeling sorry for Delia, asks Sylvester if Delia can be spared the death penalty. Sylvester, however, insists that she must be punished. Since Mayne will now be the daughter of a lord, he decides to have Mayne decide the punishment for Delia. Mayne declares that Delia will return to the orphanage and will never be able to become a nanny again. While Delia is reduced to tears, she thanks Mayne for saving her life.

Sylvester tells Gunther to bring his family to the cathedral to complete the adoption process. Meanwhile, Sylvester, Karstedt and Ferdinand discuss with Mayne her adoption by Sylvester. Since Mein, being a commoner, complicates the situation, Ferdinand plans that von Mein will be Karstedt’s secret biological daughter with his late third wife. Sylvester explains that although Mayne will be able to continue working with Gilberta, she must sever all ties with her biological family.

The Main family arrives at the cathedral, where they meet with Sylvester. Sylvester explains to them the adoption process and that now they have to treat Mayne like a stranger and tell everyone around that Mayne has died. Mayne reads out the terms of the contract: Mayne and her family must treat each other like strangers, and they must treat Mayne with the respect that a nobleman deserves. Tuuli doesn’t want to sign the contract, but Main wants to protect his family no matter what. Mayne swears that she will never forget Tuuli and that when she becomes a seamstress, she will ask her to sew all her clothes.

In the end, the Main family decides to sign the contract, and everyone says goodbye to her. Mayne vows to continue making books and toys for Kamil, saying goodbye to everyone. Mayne’s mana flares up, and although Ferdinand is concerned that her mana is getting out of control, Mayne says she wants to leave her family with a blessing. Mayne pronounces the blessing of divine protection, which covers not only her family, but also all her loved ones. Then Main says goodbye to his family for the last time and signs a contract. Sylvester re-introduces Mayne as Rosemine, his adopted daughter. The Main family treats her respectfully as the daughter of a lord, and then leaves.

The Season 3 finale puts an end to Mayne’s life as a priestess and begins her life as a nobleman.