Home Crypto The Rise of Binance Rises the Ethereum Community 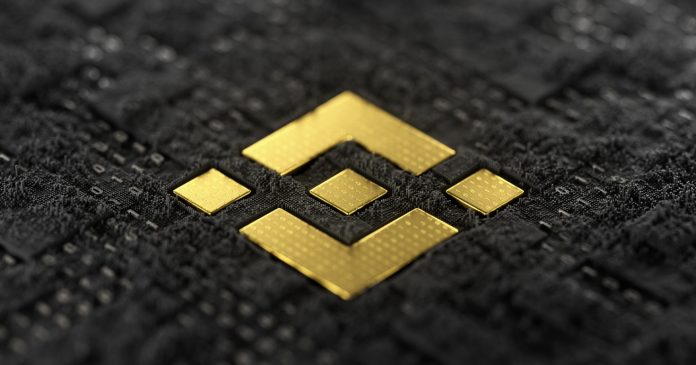 Binance Coin is gaining value, the use of Binance Smart Chain is becoming widespread, and Binance-supported blockchain projects gain recognition in a short time. This rapid rise of the Binance ecosystem is not welcomed by Ethereum developers.

Binance Coin and Binance Smart Chain have grown exponentially within a few weeks. BNB price increased from $ 40 to $ 250 a month. As a matter of fact, the relationship between Binance and Ethereum has started to stretch.

Binance Smart Chain, one of Ethereum’s competitors, promises its users to make transactions in a shorter time and at a lower cost. Binance claims that a $ 300 BNB transaction to be made on BSC costs the user $ 0.01. Meanwhile, the average ETH transaction costs $ 21.

Blockchain data shows that the total number of transactions made on the BSC network in one day is almost twice that of Ethereum.

One of the things that fueled this rise was PancakeSwap, the representative of Binance Smart Chain in the DeFi industry. PancakeSwap (SWAP) from automated market makers (AMM) has surpassed Uniswap, which is Ethereum-based in terms of daily volume.

The Binance ecosystem owes some of this rise to Ethereum. According to Binance CEO Changpeng Zhao, Ethereum advertises Binance Smart Chain, even with high transaction fees alone.

Exchange management uses this ad to reach projects in the Ethereum ecosystem. Commenting on the Uniswap development, Zhao said, “Uniswap should consider (quitting Ethereum and moving to Binance Smart Chain). With such a load attached to his wrists, it would be difficult for him to run. ” used his statements and addressed the Uniswap team. Noah Zinsmeister, leader of Uniswap’s engineering team, told Zhao’s call to “No, let it stay.” he replied.

A new statement came from Zhao as the rivalry between Binance and Ethereum was heating up. Zhao said, “Can Binance Coin surpass Ether?” He gave the following answer to a question like:

“It has already passed in terms of the number of users. Let’s see what will happen in the future. This is not a race. We are just trying to grow the cryptocurrency industry. ”

… Statements came from the Ethereum community one after the other.

“They compare the fake blockchain with Ethereum”

People, while all this is happening, “(I’ll introduce Ethereum in five words like this 🙂 The expensive version of Binance Smart Chain.” He started making jokes in the form. Then, Riccardo Spagni, one of Monero’s most popular developers, reminded me of a post he made on September 11, 2020:

“Today, the Binance Smart Chain project was launched. Simply put, it can be said to be a copy of Ethereum. Without having to change your Ethereum address; You can use the BSC version of Infura and the BSC clone of Etherscan. ”

Binance, leaving the Ethereum ecosystem, has been accused of building a platform that is a “copy” of it. EthHub founder Anthony Sassano shared the following tweet as ties were straining:

“I am very angry today. A decentralized fake blockchain is compared to Ethereum. I haven’t worked for Ethereum for four years. I will fight this to the end. ”
One of the points Sassano emphasized, criticizing Binance Smart Chain, was its “100% centralized structure”.

“It will never replace Ethereum”

Some names in the Ethereum community have started to say that the success of Binance Smart Chain is not as great as it was originally thought. With the message that some things can be too beautiful to be true, Eric.eth said:

“In today’s conditions, if a smart contract transaction can be made with a low transaction fee on a blockchain, there are two explanations: 1) Either nobody is using that blockchain, 2) Or that blockchain’s node, storage mechanism, etc. It is more central than it seems. It’s amazing that people don’t understand this. ”

David Hoffman of the Bankless team used a phrase similar to this, saying, “All the money that seems locked (on the Binance Smart Chain) is fake.” said. Hoffman’s compared the two blockchains as follows:

“Binance Smart Chain will never replace Ethereum. We need to scale Ethereum now. We have the necessary developer staff, vision and spirit. ”

WhalePanda, one of the famous names of the industry, remembered the past and said that the Ethereum community started to be hypocritical.

The Bitcoin community accuses Ethereum of being “too centralized” in 2017; The Ethereum community responded by saying “your transaction fees are too high.” According to WhalePanda, what Ethereum did four years ago, now the Binance team is doing it to Ethereum.

A similar rhetoric was voiced by Larry Cermak from The Block team. Cermak commented on the relationship between the two communities with the following words:

“We all know that the Bitcoin Smart Chain cannot replace Ethereum in the long run. But it’s fun for the Ethereum players to start talking just like Bitcoins criticizing Ethereum. Be comfortable.”