Home Entertainment The riddles of the MonsterVerse Godzilla vs. Kong 2 can explain 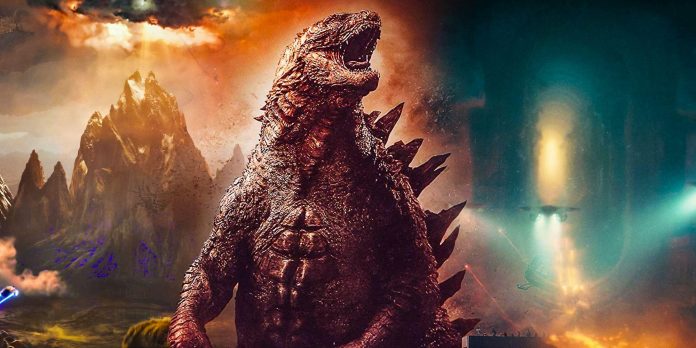 Following their epic clash and team-up against Mechagodzilla in Godzilla vs. Kong’s ending, at least one of the two Titans featured in the film is expected to be back on the big screen in the near future. Legendary is currently developing a Godzilla vs. Kong sequel that is said to begin shooting in Australia sometime in 2022. Dan Stevens is attached to star in the movie, which is bringing back Godzilla vs. Kong director Adam Wingard to helm the project. For now, there are no official details on exactly what the Titans will be up to or if the upcoming MonsterVerse project is a rematch. As thing stand, there is a long list of possibilities about the story that haven’t been ruled out.

Related: KOTM Made Godzilla’s Destoroyah Story Unnecessary For The MonsterVerse

Regardless of what the plot is, it makes sense that the MonsterVerse will introduce new characters and foes for the protagonists to contend with. They could be original Titans or MonsterVerse interpretations of well-known kaiju from Toho’s Godzilla movies. But building onto MonsterVerse lore isn’t the extent of what the sequel can do. It can also revisit existing elements of the Titan mythos in meaningful ways and answer some of the lingering questions from the first four films. Here are the MonsterVerse mysteries Godzilla vs. Kong 2 can explain.

What Happened To Kong’s Species (Are They Really All Dead?)

Kong was believed to be the last of his kind until Godzilla vs. Kong raised the possibility that there might be other members of his species out there in the Hollow Earth. This scenario always felt doubtful, but not impossible after Godzilla vs. Kong’s confirmation that the Kongs once lived in the hidden Hollow Earth world. Kong’s unanswered roar when he entered the temple implied he was alone, but it on its own doesn’t mean that he’s the last one left. Now that Kong is living in the land of his ancestors, the MonsterVerse should be in a good position to dive into the fate of Kong’s species. Rumors are circulating that Godzilla vs. Kong 2 will be a Son of Kong story, which obviously means that if they’re true, there are some surviving Kongs who didn’t follow the rest to Skull Island.

In Godzilla: King of the Monsters, Charles Dance’s Alan Jonah accomplished a rare feat. The movie’s main villain, who brought untold destruction across the globe, managed to achieve all his goals and get away with it. His survival and the reveal that he acquired Ghidorah’s head implied he’d be back in Godzilla vs. Kong, but that never happened. Since the plotline with the head was resolved without Jonah in Godzilla vs. Kong, the time for his character to return may have already passed. But since Jonah was considered a compelling MonsterVerse villain, there’s a chance the new movie will bring him back and finally explain what happened to him after King of the Monsters’ ending. The Godzilla vs. Kong novelization revealed that he sold Ghidorah’s head to APEX, but whether or not that’s actually canon is hard to say.

Godzilla: King of the Monsters’ credits sequence added to the MonsterVerse’s list of mysteries with a newspaper clipping that discussed the discovery of a Mothra egg. Presumably, the egg was laid before Mothra’s demise. Interestingly, though, there are some who question whether or not the egg is actually Mothra’s like the credits suggest. Theoretically, it could belong to a different insect monster, such as Battra, Mothra’s evil counterpart from Godzilla vs. Mothra. But no matter whose egg it is, its mere existence raises questions about what Monarch is doing with it and when it will hatch. Whatever lies inside the egg could become a key player in Godzilla vs. Kong 2’s story.

Godzilla and Kong’s ancestors hated each other enough to go to war, but what motivated that hatred remains a mystery. According to the novelization, the Kongs came to the conclusion that Godzilla was evil and attacked him, but that’s all that’s known about the origin of their conflict. If the new movie is a true sequel to Godzilla vs. Kong, this would be the perfect time for the MonsterVerse to dive into the Titan War and explain why their respective species were fighting all those years ago. The movie can also shed light on what all happened during the events of the war. Cave paintings in Godzilla vs. Kong indicated that Mothra and Skullcrawlers participated in the fighting, but didn’t reveal what their roles were or if other Titans were involved.

Of the Titans awakened by Ghidorah in King of the Monsters, 11 weren’t shown onscreen. But, their names were mentioned on monitor screens. Since their names were all linked to creatures and gods from various mythologies and cultures, viewers were able to make educated guesses about the Titans’ identities, but there’s no way to be sure about what most of these missing Titans actually are. The novelization provided a vivid description for one (Mokele-Mbembe) and the Godzilla: Dominion graphic novel revealed the designs for two more (Amhuluk and Tiamat), but the rest still haven’t been explained yet. The remaining 8 mystery MonsterVerse Titans are Quetzalcoatl, Baphomet, Leviathan, Sekhmet, Yamata no Orochi, Typhon, Abaddon, and Bunyip.

For some reason, Kong’s ancestors once lived within a spectacular temple that they may or may not have constructed themselves. The purpose of this was left ambiguous in Godzilla vs. Kong, but it was seemingly linked to the blue energy source that APEX was after. Whatever it is, it’s the same as the atomic power that resides within Godzilla. Because all the apes who lived there are gone now, there’s a great deal that hasn’t been said about the culture of the Kongs, who apparently had their society own down there. If Godzilla vs. Kong 2 spends more time in the Hollow Earth, the movie’s human characters may learn more about his ancestors and their link to Godzilla’s energy.

In the MonsterVerse’s ancient history, Godzilla once co-existed peacefully with humans in King of the Monsters’ underwater, Hollow Earth city. But at some point, this mysterious civilization collapsed and was subsequently forgotten. The redacted text in the King of the Monsters credits hinted that humans trying to enslave Titans may have been to blame, but details on that are sparse. What ultimately destroyed Godzilla’s ancient home is a subject that could be worth discussing in Godzilla vs. Kong 2, particularly if the movie deals heavily with the past.

During the scene in King of the Monsters when Godzilla’s underwater home was destroyed, the skeleton of a giant ankylosaur-like Titan was spotted. Since the creature looks identical to Anguirus and has certain physical traits that distinguish it from all known ankylosaurus species, it’s obvious that its inclusion was an Easter egg to the fan-favorite kaiju who teamed up with Godzilla in Destroy All Monsters and Godzilla vs. Gigan. It may never become anything greater than an Easter egg, but the fact that it’s in the movie is proof that Anguirus once existed in the Hollow Earth. What’s not clear, though, is what killed him or what this relationship with Godzilla was. Where he fits into the MonsterVerse’s history can be addressed in Godzilla vs. Kong 2 if Legendary acquires the rights to his character from Toho and introduces a new member of his species.