Home Crypto The richest whales are attacking SAND and these 4 altcoins! 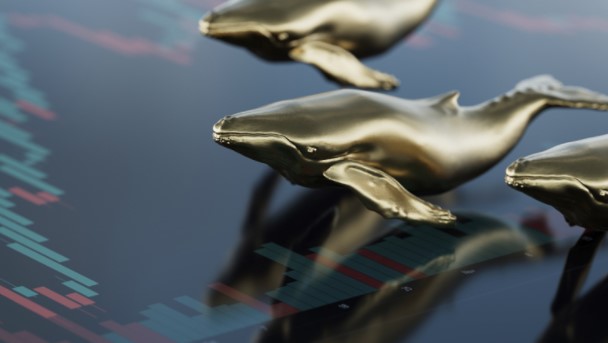 Due to the fact that the cryptocurrency market reached March highs, since last week, the largest Ethereum whales have accumulated in the sandbox (SAND) and 4 altcoins.

This week, whales have accumulated 5 cryptocurrencies

According to data obtained by WhaleStats, since last week, the FTX token (FTT) has been the main target of the 100 largest Ethereum whales, with the exception of Ethereum (ETH) and stablecoins (USDT, USDC, BUSD). Giant wallets spent more than $5.1 million on FTT, the FTX cryptocurrency, a platform for trading cryptocurrency derivatives for futures, leveraged tokens and over-the-counter trading over a seven-day period. Among these whales, the average purchase price of Ethereum was more than $13.8 million.

SAND, the native cryptocurrency of The Sandbox blockchain-based gaming platform, has become the sixth favorite cryptocurrency of the largest wallets of the week. Over the past seven days, the top 100 addresses have spent an average of $207,583 on SAND. Wrapped Bitcoin (WBTC), a currency pegged to the price of BTC, is also being absorbed by Ethereum whales. Last week, the top 100 ETH addresses received an average of more than $4.65 million in WBTC.

As we reported as Somanews, a Chainlink (LINK) totaling $5.19 million was purchased in three different transactions by the 32nd largest whale of the Ethereum network. The LINK price has increased by more than 9% over this period, returning part of the sales growth for the day. Meanwhile, Chainlink surpassed Quant (QNT) and became the best-selling token among the 5,000 largest ETH whales. At current levels, it is trading at $17.58, which is 5.43% more over the past 24 hours.

Whales Dive into Metaverse Coins Too: These 12 Coins Are On...