Home Entertainment The return of the Avatars? Microsoft and Xbox could create their Facebook-style... 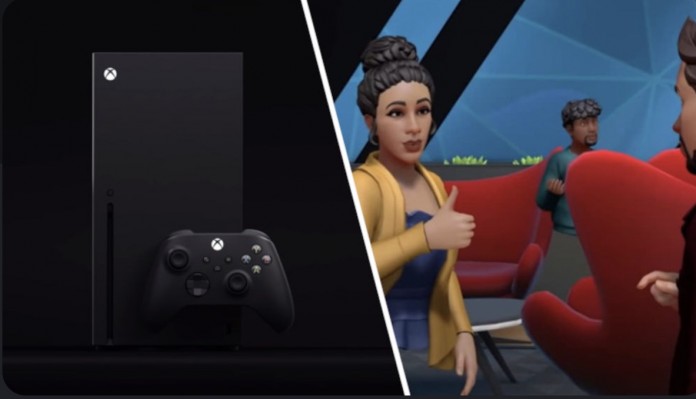 Microsoft shows its idea of ​​Metaverse with Mesh for Teams, something that could have applications for Xbox consoles in the future

About a few days ago, Mark Zuckerberg, president of Facebook, not only announced the change of the company’s name to Meta, but also his intention to create an ‘ecosystem’ around the Metaverse or Metaverse. Now, Microsoft and maybe Xbox could implement something similar.

That’s something that recently surfaced in a number of products showcased by the company, including Mesh for Teams, designed for virtual online meetings.

Mesh for Teams, an idea for virtual meetings

The information comes from a Microsoft Ignite 2021 broadcast, in which Microsoft CEO Satya Nadella showed how the idea would work. Applications that would be used include Microsoft Teams, Dynamics 365 Connected Spaces, and the Azure cloud service.

Through Mesh, users will interact with others with a virtual space with webcams or personalized 3D avatars with various options.

As can be seen, this is intended for business purposes, although it could be used for other purposes. Connection methods include PCs, VR headsets, and smartphones.

Its use for Xbox consoles is not mentioned, but Microsoft almost always applies this type of advancement to its systems focused on video games, in one way or another. Like the same technology in the cloud, which is now normal.

How could this new technology be applied to Xbox?

Virtual meeting technology is something to consider in times where there are still many people who are still working from home. In fact, many of them have realized that for certain types of jobs it is the ideal way to work.

So an online meeting with Mesh for Teams would be more interactive than turning to Zoom. Perhaps the only limitation would be the still low acceptance of virtual reality technology.

At least for Alex Kipman, the main developer of the Microsoft HoloLens smart glasses and who was involved in the creation of the Xbox Kinect “it is something that consumers are really asking of us …”.

It will be a matter of seeing how this initiative could be applied in video games. But it doesn’t seem like something is going to happen immediately, it could happen gradually. In the meantime, we only have to wait and see how everything evolves.

Creative Assembly Does Not Rule Out Bringing Total War To PS5