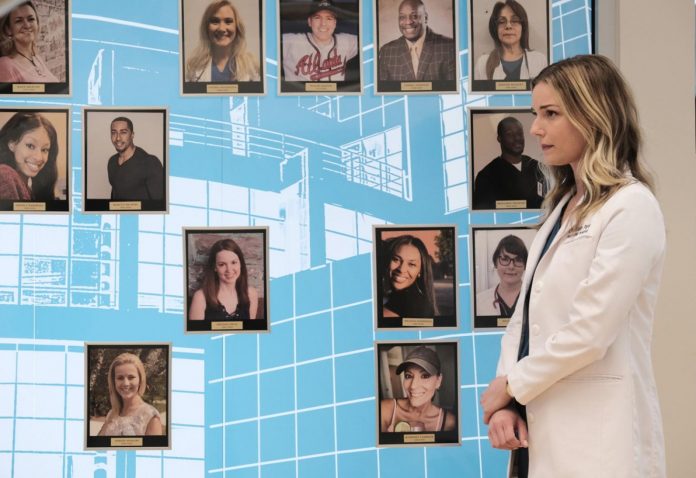 After watching the Season Premiere of season 4 of The Resident, it’s time to check out the promo video for episode 2 entitled “Mina’s Kangaroo Court”.

Last night, the Season Premiere of season 4 of The Resident made its comeback on Fox and it touched on the theme of the coronavirus. Thus, the series was able to pay a fine tribute to all the nursing staff who find themselves on the front line to fight the virus. Moreover, this first episode was marked by the long-awaited marriage of Nic and Conrad. This couple is so endearing that they deserved their happy ending after everything they’ve been through. The ceremony went wonderfully without any unforeseen events or setbacks, which feels good. In any case, it is possible that an event will disrupt their happiness, as the promo video for episode 2 of season 4 of The Resident proves to us.

When Cain’s elective surgery patient returns with complications, Mina and Raptor will wonder how to handle the situation in this episode 2 of season 4 of The Resident. Conrad and Devon will treat a local congresswoman who has information that could prevent her from receiving proper treatment, causing Devon to open up to her grief. After losing numerous colleagues to the virus, Bell will become worried about who would be there for him in a time of crisis and finds himself exploiting his own past to find his former stepson, an elite plastic surgeon, the Dr Jake Wong. Moreover, as the video reveals, Nic is going to reveal a secret to Conrad. What is he? Could he put the couple in danger? While waiting to find out on January 19, find out if Nic and Conrad could be expecting a child in season 4 of The Resident.