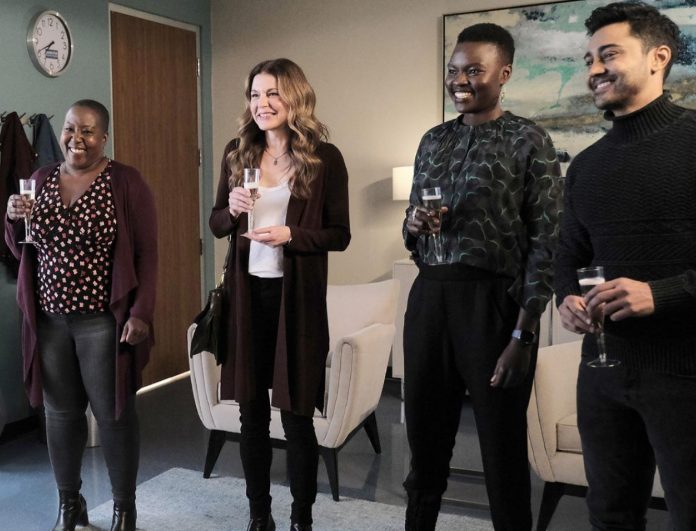 Last night, Episode 3 of Season 4 of The Resident aired on Fox. So it’s time to discover the promo video for episode 4.

The emotion was at the rendezvous last night in episode 3 of season 4 of The Resident. Cain, who tried to save a woman in a car accident, was struck down by another driver. His life was in danger and the doctors he treated with disdain on a daily basis looked after him with the utmost professionalism. Moreover, Nic was worried and wanted to be sure that she was pregnant … Conrad took her blood and the result was happy. The newlyweds will indeed have a child. For their part, Mina and AJ have formalized their relationship and they could even take a new step in episode 4 of season 4 of The Resident as the promo video proves.

As the promo video for episode 4 of season 4 of The Resident reveals, the emotion will be there next week. Mina is more in love than ever and will even ask AJ to marry her … What will he say? For her part, Nic is going to have his very first ultrasound and the love felt between her and Conrad will pierce us. Incidentally, the synopsis for “Moving on and Mother Hens” tells us that Devon will face an unexpected visit from his mother while Conrad and Nic try to find the best time to break the big news to everyone in The Resident. Mina will make a bold move when she realizes that her visa is about to expire … The tension is at its height!