Home Sport The report indicates the Browns’ plan if Deshaun Watson Gets a “lengthy”... 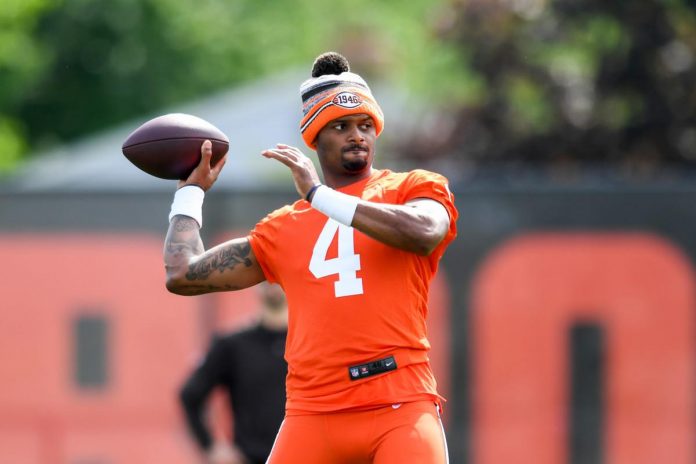 The Cleveland Browns seem to have a plan in case Deshaun Watson gets a lengthy suspension.

According to Mary Kay Cabot of the Cleveland Plain Dealer, the Browns plan to sign a quarterback to replace Jacoby Brissett if this lengthy suspension comes to fruition.

That would mean Josh Dobbs would fall further down the depth chart. He is currently listed as the No. 3 quarterback after Brissett and Watson.

Sue L. Robinson’s decision seems inevitable, as the training camps are due to open in just over a week. Watson is currently facing four open sexual harassment lawsuits after he reached confidential settlements with other women.

A hearing was then held between the NFL, the NFL and Robinson as she has the final say on what the suspension will be.

Mike Florio from ProFootballTalk believes that a decision can be made in the week of July 25.