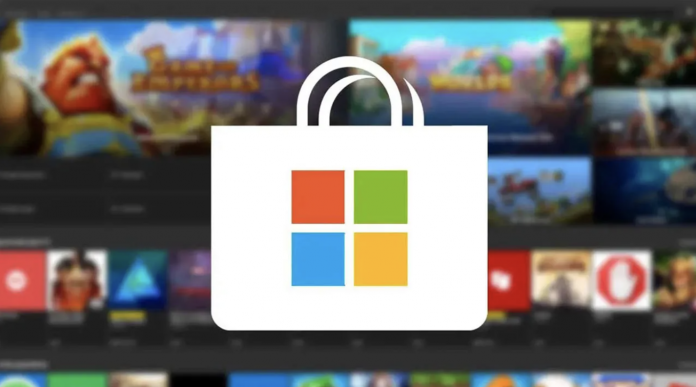 The release date for the Microsoft Store, which has undergone a comprehensive revision in terms of design and features, has been officially announced.

There are countless applications available in the ‘Microsoft Store‘ (formerly Windows Store) developed by Microsoft for Windows. Users can install programs on their computers with .exe extension files, which means Executable; They can also install the application they want directly from the store. However, the Store had been receiving feedback that it was insufficient in terms of diversity until now.

Aiming to solve this problem with the Windows 11 operating system, Microsoft overhauled the Store. While renewing its design and user interface, it also made updates that will increase the variety of applications. Making a statement on the subject today, the company detailed when it will launch the new store. He also shared the information that this will not be limited to Windows 11.

Microsoft Store will be available on October 5th

Insider users who currently install the beta version of Windows 11 can try the Microsoft Store. However, all of the features mentioned in the launch of the company in June are unfortunately not available in the beta channel. In a statement on its blog page, Microsoft pointed to October 5 for the new Microsoft Store. We will also see the store on this date when Windows 11 will be released in stable form. 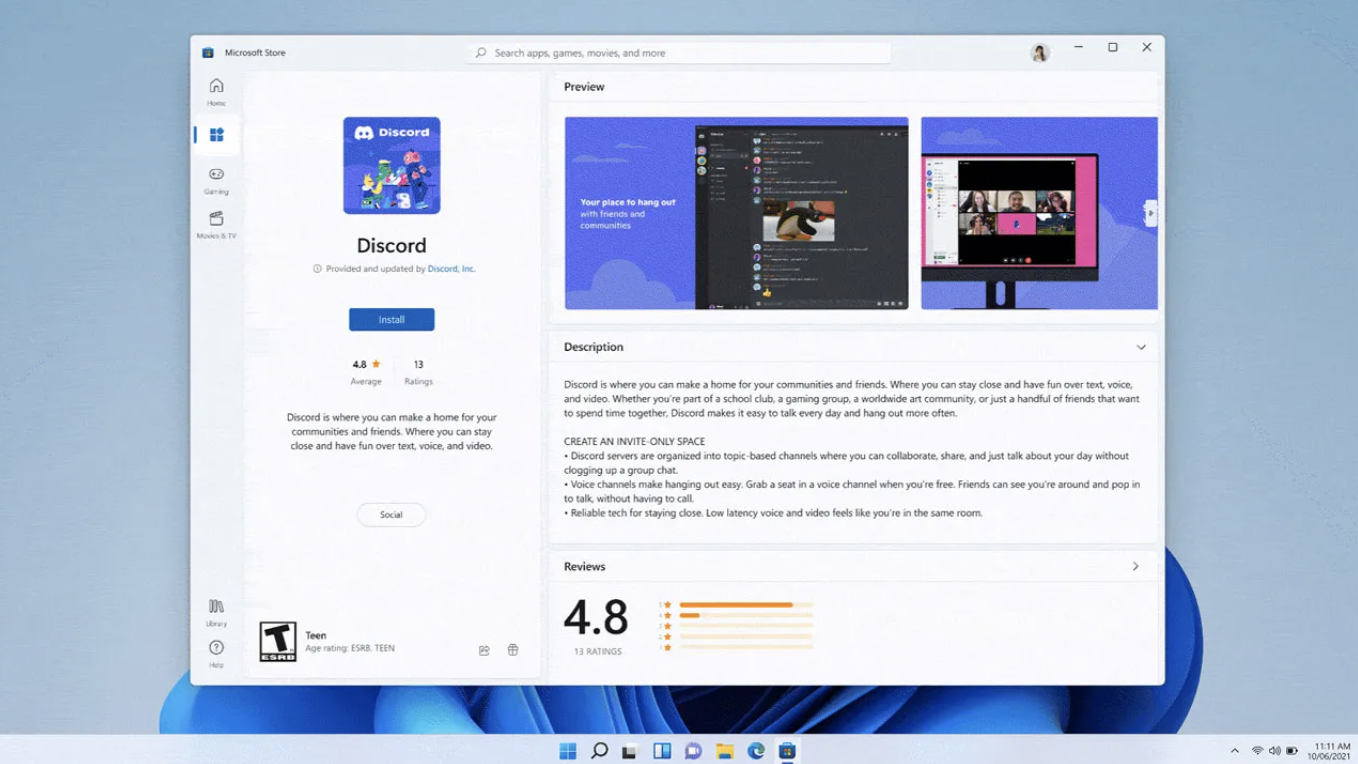 The first change that Microsoft Store users notice will of course be the design. In the store, which was revised according to the user interface of Windows 11, the menu with the tabs was positioned on the left. In the upper right corner, there is a profile icon that provides access to the account information that is open on the computer; At the top, a centered search bar welcomes us. In addition, the expansion of the application pages does not escape attention.

Web browsers will be installed directly from the Windows Store

The renewed Microsoft Store will significantly increase the variety of applications. In addition to communication applications such as Discord, Zoom, KakaoTalk, media and productivity-oriented software such as VLC Media Player, Luminar AI, Music Maker will be available to users in the store. Users will also be able to download applications such as TeamViewer, Acrobat Reader DC, LibreOffice from the Store. 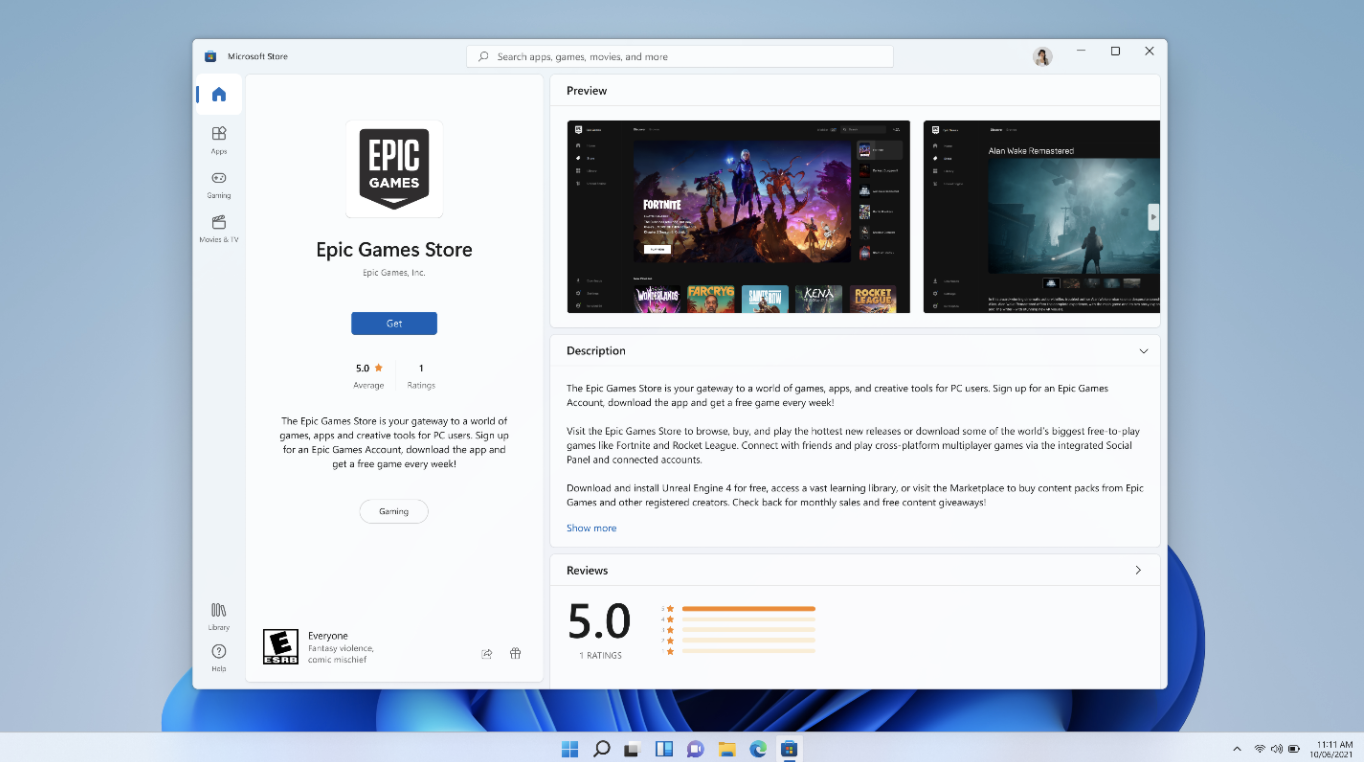 Third-party stores will be in the Microsoft Store

The Microsoft Store will also host apps called Progressive Web Apps – Progressive Web Apps (PWA). The biggest feature of PWAs: loading websites to work with application logic. According to the statement, PWA applications of TikTok, Wikipedia, Reddit, Lyft, Quizlet and Tumblr will be available in the Store in the first place. Microsoft stated that with this move, it aims to provide convenience to application developers.

In addition to all these, web browsers such as Opera and Yandex can also be installed from the Microsoft Store. Microsoft said in a statement that it will also allow third-party stores. Thus, the Store route appeared to applications such as Epic Games and Amazon.

The new Store will also come to Windows 10

Microsoft announced that the renewed Store will not be limited to Windows 11 only. He said the store will also come to Windows 10 users in the coming months following its launch on October 5. However, he did not share an exact date information.