Home Entertainment The remakes of Prince of Persia and Splinter Cell from Ubisoft are... 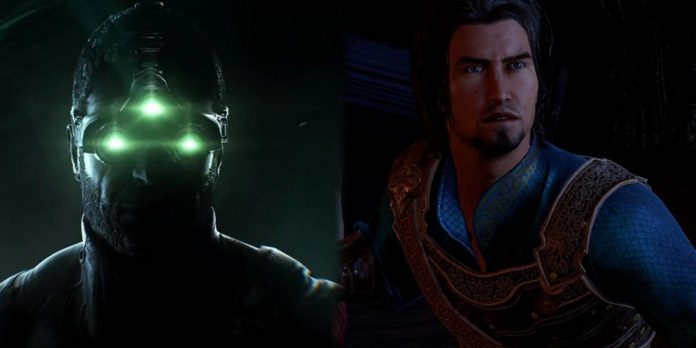 Video game development is not an easy business, and it can be full of pitfalls and problems that cause delays or even cancellations of games before they are released. Even experienced development teams in well-known studios have problems, and this means that fans can worry a lot while waiting for the launch of games. Ubisoft already has a crowded list of releases, but in 2020 it announced that it was working on a remake of the 2003 action adventure Prince of Persia: Sands of Time. But it wasn’t the only nostalgic blow that Ubisoft was hoping for, as it turned out the following year that the Splinter Cell remake also got the green light.

Remaking games from a decade ago and bringing them to the modern market with all the technological and graphic advances can be an incredibly exciting activity for fans of the originals, and can also help introduce them to a new audience. However, even with a solid foundation from previous games in the series that can be used as a foundation, remakes can still face difficulties on the way to release. Unfortunately, it seems that the remakes of Prince of Persia and Splinter Cell may have several reasons for players to worry based on the absence of any significant news.

Not all studios are the same, and not all games are developed in the same way. Some games have regular updates throughout most of their development, but others have a very rare and usually rather vague idea of how they are formed. Until recently, Bethesda maintained a surprising reticence about its upcoming new IP Starfield even years after its announcement, but although the game has been delayed, it seems to be steadily advancing, and in the past, fans have been shown much more. a few weeks. Not every game that is quite silent about how its development is going necessarily faces problems, but sometimes silence can be a cause for concern.

It’s been less than a year since Ubisoft announced the Splinter Cell remake, but six months have already passed, and players know no more about the upcoming game than in December. The state of the Prince of Persia remake seems even more alarming, as rumors of a very problematic development have recently been confirmed with the announcement of another delay. The game has now been postponed indefinitely, and its release window is becoming even more distant thanks to disappointing news from Ubisoft this month.

What this could mean for remakes

A remake of Prince of Persia was previously scheduled for pre-release during Ubisoft’s fiscal year 2023, but with this delay pushing it out of that time period and the game even being dropped from the GameStop database, the future of the title seems increasingly uncertain. That doesn’t mean it’s been canceled, but indefinite delays are usually never a good sign. At the beginning of the year, the game also changed developers: the remake of Prince of Persia changed hands from Ubisoft Pune and Ubisoft Mumbai to Ubisoft Montreal. All this, as well as the apparent absence of any positive news about the game, do not inspire much confidence in Prince of Persia fans.

Tom Clancy’s Splinter Cell: Blacklist, the latest game in the franchise, is approaching a decade since its release next year, so while fans haven’t had to wait as long as players of Prince of Persia, the new main game, it’s still a significant amount of time. The remake of the first game was a long-awaited announcement, and many felt that it made sense to return the series to its origins and reboot it, rather than trying to awaken it from its dormant state with another sequel. At the end of 2021, the development was still in its early stages, so it is unlikely that there is anything to show at the moment.

However, with the 20th anniversary of the series approaching, fans are hoping that something will happen soon, otherwise it could mean that Splinter Cell is in as hot water as the Prince of Persia remake.