Home Entertainment The remake of GoldenEye 007 has reportedly stalled due to the war... 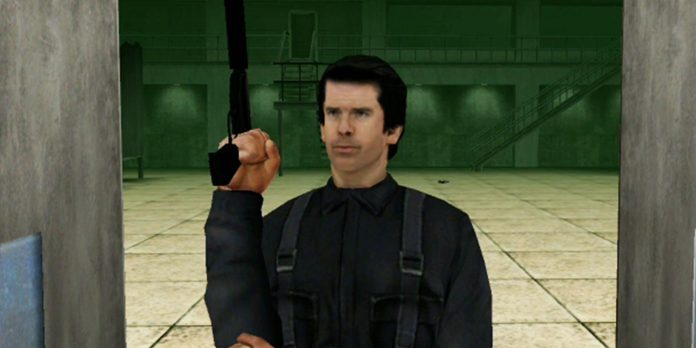 Fans who were waiting for the remake of GoldenEye 007 now seem to have found the reason for the lack of information about the rumored project: Russia’s invasion of Ukraine. Rumors about the project have been circulating for some time after the list of GoldenEye 007 Xbox achievements leaked online on the eve of the New Year.
Before the leaked list of achievements, it seemed that any hope that the classic first-person shooter would get a modern update disappeared after Nintendo reportedly canceled it. Despite this, the unfinished game somehow leaked online and further fueled fans’ interest in the potential of GoldenEye on modern consoles. Then there were rumors indicating that the project might not be as dead as it was at the beginning of 2021. An industry insider stated that the current generation remake would soon be announced back in February, and that expectation was based on a month later when it was revealed. that the Goldeneye 007 trademark has been renewed. However, since then there has been virtually no news about the remake, and now the reason has been named.
Related: The cancellation of the GoldenEye XBLA Remaster was Due to Nintendo
According to The Gamer, Twitter user Darren Unger asked on social media about the location of the GoldenEye 007 remake, as well as 1 vs 100. At first, they were answered by Jez Corden, who said that he had not heard anything about both projects. Meanwhile, Jeff Grubb provided a little more information, saying that GoldenEye 007 is “in limbo because of the war” and that the head of the group 1 100 no longer works at Microsoft. According to the tweet, there doesn’t seem to be a specific timeline for both titles in the future.
Goldeneye is still in limbo due to the war. The head of the group 1 100 left Microsoft. I do not know what this means for the game.
— Jeff Grubb, Game Journalist #3 (@JeffGrubb) July 10, 2022
Although this is not confirmed, the timeline of previous information about the development of the GoldenEye remake is rumored to be well suited to Grubb’s reasoning. Russia’s invasion of Ukraine began just between the insider announcement of the GoldenEye 007 remake and the software trademark. This is far from the first game to be affected by the current conflict, and it looks like it may continue for some time.
The specific reasons for how the war affected the release of GoldenEye 007 have yet to be clarified. Fans continue to speculate, some of them not quite sure, that this has more to do with Nintendo’s notorious licensing issues than anything else. In any case, it seems that fans of the classic Bond game will have to wait some more time before there is new news about the development of the remake. At least, it seems that the rumored name really exists and that in the coming years fans will be able to play an updated version of GoldenEye 007.

Ratchet & Clank: A Dimension Apart, Strengthen Yourself With Its Digital...