Home Entertainment The release of Grand Theft Auto 6 in several cities sounds too... 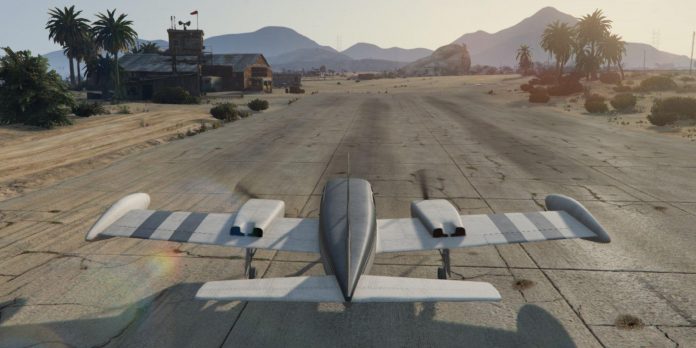 For many years, Grand Theft Auto has been pushing the boundaries of open-world games, and after the announcement of Grand Theft Auto 6, gamers are ready to see how Rockstar will innovate again. According to recent reports, the upcoming game may be somewhat different in tone, and most likely it will bring gamers back to Vice City. This may be good news for gamers who are fans of the city, but it may disappoint gamers who were hoping that Grand Theft Auto 6 would visit several cities, perhaps even on different continents.

While the idea of Grand Theft Auto 6 with multiple locations is tempting, it may be better for the game to stay in one location. Rockstar Games has shown that it takes a lot of time to develop polished games, and the presence of several cities can mean that gamers will have to wait for many, many more years. In addition, Vice City exudes personality, and with the right design, this is more than enough.

There have been leaks and rumors about Grand Theft Auto 6 for years, but Rockstar has only confirmed that the next GTA game is in development in 2022. The track record of journalist Jason Schreier inspires confidence. According to the leak, Grand Theft Auto 6 has been in development in one form or another since 2014, and gamers should expect a game that is very different from previous games, since Rockstar has changed during this time.

Developers will try not to “strike”, jokingly, aimed at marginalized groups. In addition, the first main character of the franchise will appear in the game. She will be a Latina who is half of a couple inspired by Bonnie and Clyde, although there was no mention of whether several of the main characters would return. The leak also claimed that Rockstar originally intended to show a huge map that would have both South America and North America. This lends credence to earlier leaks claiming that GTA 6’s codename was Project Americas and that it would feature Vice City and South America locations.

Ultimately, it seems that Rockstar has decided to focus on Miami, which suggests that gamers will return to Vice City in GTA 6, although, according to Bloomberg, Rockstar plans to constantly update the game. There will be a lot of gamers who will be upset by the possibility that the next Grand Theft Auto game will be limited to one city. However, this is not necessarily a bad thing. By focusing on one place, Rockstar has a chance to focus on quality rather than quantity.

Advantages of linking to one city

The usual train of thought is that the bigger the better, but this may not be the case when it comes to open-world games, and there are countless examples of games that are incredibly huge but boring to explore because the scenery is tasteless and boring. not much to do. On the other hand, games can have relatively small open worlds to explore, but at the same time endlessly fascinating due to their depth and details. The Grand Theft Auto 5 map is relatively large, especially for a game released in 2013, but it is still limited to one city. The game managed to survive for almost ten years, partly thanks to the huge amount of details and content that Rockstar invested in Los Santos, and players have been revealing all the secrets of the game for years, whether it’s the inner workings of the Epsilon program. the cult or secrets of Mount Chiliad.

GTA 6 can recreate this with its map, making Miami rich and realistic. If the open world has a special design and is filled with memorable characters, exciting locations to explore, fun missions and additional actions to participate in, few players will want to visit another city. It is also worth considering how much time Rockstar spends on game development. The development of GTA 6 has already been extremely long, if the leak is true, and it has been in development since 2014. Adding more cities would probably add extra years to the game’s development time, and GTA 6 is already testing gamers’ patience. Keeping things in a realistic size is probably the best choice to ensure that the game will be released in the next few years.

Vice City is more than enough

Gamers got to know Vice City through Grand Theft Auto: Vice City, released in 2002. The city, like Miami, is located in Florida, and it has been depicted with a special aesthetic that includes neon lights, Hawaiian shirts, disco music and mafia Drug lords.

The uncertainty of the second season of “Sandman” Highlights Netflix’s Biggest...