Home Entertainment The release date of the third volume of “Unsolved Mysteries” has finally... 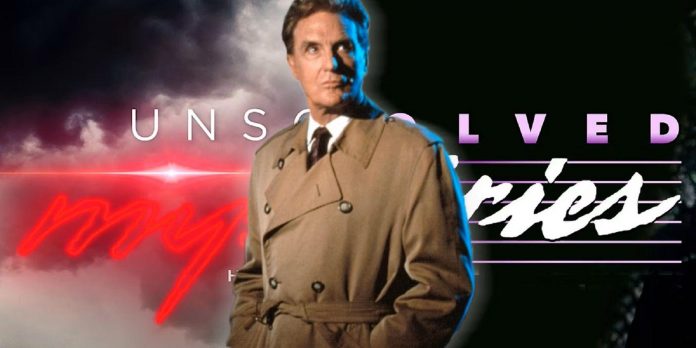 The long-running series “Unsolved Mysteries” is back again with a third season in its new home, Netflix. Thanks to a recent announcement, at least one mystery has been solved: the release date of the new season.

Unsolved mysteries will return again, just in time for Halloween. The release date of the third volume, as announced by Netflix, will be October 18 this year. The show is a mysterious documentary series dedicated to unsolved cases and paranormal phenomena. It first began in 1987 and as of 2020 has been periodically aired on five different networks and services, including its latest broadcaster Netflix.

News of the release date was announced today as part of Netflix’s official “Netflix and Chills” lineup for October. It is already known that most of the shows will be released by Halloween, but the news highlights how busy October will be. The full line of Netflix and Chills looks like this: in September, the crime thriller of Queen Latifah and Ludacris “The End of the Road” (September 9), a detective film about the abduction of Lou (September 23) and the children’s series “Ghost Puppies” will be released. (September 30). In the first full week of October, viewers will see Stephen King’s film “Mr. Harrigan’s Phone” (October 5), Mike Flanagan’s series “Midnight Club” (October 7) and the crime documentary series “Conversations with the Killer: Jeffrey”. Dahmer’s Tapes (October 7).

In the second week, the animated horror-comedy series “Dead End: Paranormal Park”, season 2 (October 13), the Marlon Wayans comedy thriller “The Curse of Bridge Hollow” (October 14) and volume 3 of “Unsolved Mysteries” will be released. (October 18). In the third week, viewers will see the fantasy series “School of Good and Evil” (October 19) and Guillermo del Toro’s horror anthology series “Cabinet of Curiosities” (October 25). The last week of October will be overshadowed by the screening of the crime drama “The Good Nurse” (October 26; It is also scheduled to be released on October 19), the animated fantasy series “Daniel Spellbound” (October 27) and the animated adventure comedy “Wendell and Wilde”, co-written with Jordan Peele (October 28).

The youth series “Bastard Son and the Devil Himself” is also scheduled to be released sometime in October, but there is no exact date yet. In addition, several objects are planned at the end of the year: a documentary about real crimes “The Capture of a killer Nurse” (November 11), a Norwegian fantasy horror film “Troll” (December 1) and a series about the reboot of the Addams Family on Wednesday (sometime in the fall). ). Somewhat surprising of these announcements is the fact that Jenna Ortega’s series on Wednesdays will not be released by October, and that it still does not have an exact release date. However, filming ended only on March 30, so the series is most likely just not finished yet. In addition, there is a notable absence from the line-up: the reboot of Rob Zombie’s The Munsters. The film is scheduled for release on September 27 on Netflix, and Zombie stated on his Instagram that “Munsters” and “Wednesday” will be broadcast simultaneously, hinting that the two series competed on the air back in the 1960s.

Rather unusually, Netlix’s press release mentions properties being released a few months after Halloween, but not Munsters just a few days before the start of October. Although we can only speculate, it looks like Netflix dropped it from the list due to the negative reaction to the first trailer and will try to release it discreetly.

Unsolved Mysteries Volume 3 is released on Netflix on October 18, 2022.

How The Forgotten Realms became the default Dungeons & Dragons setting