Home Entertainment The release date of the prequel “A Quiet place” has been postponed... 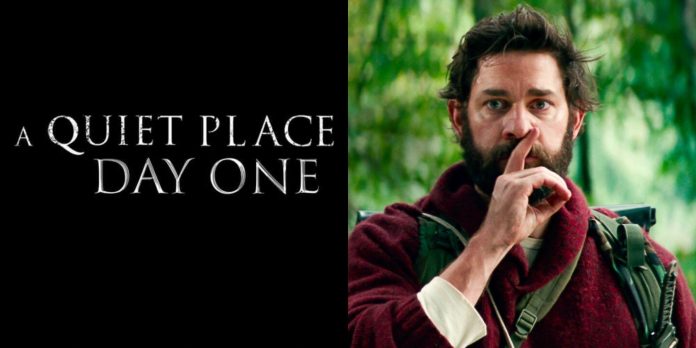 Paramount Pictures has announced updated release dates for a number of its upcoming films, including the horror prequel A Quite Place: Day One, which will premiere in theaters in 2024.

The prequel “A Quiet Place”, based on the idea of actor John Krasinski, unfolds before the events of the first two films in the series. Both films take place in a world overrun by deadly monsters that hunt people by sound, which forces everyone to always keep as much silence as possible.

The director of the film “A Quiet Place: Day One” will be Michael Sarnoski, known primarily for the acclaimed Nicolas Cage film “Pig”. According to The Hollywood Reporter, the upcoming film is based on an original idea by Krasinski, who serves as the film’s producer. At the moment, it is unclear if any of the previous actors will return in the prequel, but this will be the first film in the series not directed by Krasinski. Paramount has announced that A Quiet Place: Day One has been moved back six months and will now be released on March 8, 2024.

The new release schedule also includes the animated film “Tiger’s Apprentice”, the release of which was postponed by one month, until January 19, 2024. The animated film adaptation of the 2003 novel of the same name features the voice talents of Henry Golding, Lucy Liu, Sandra Oh, Michelle Yeoh and Bowen Yang from SNL. The reissue of James Cameron’s historical epic “Titanic”, timed to coincide with the 25th anniversary, has also been postponed for four months and will now be released in cinemas on February 10, 2023.

The first two films “A Quiet Place” were shot and co-written with Krasinski, who played the role of the father of the family in the first film. The second film, A Quiet Place, Part II, follows the events of the first, in which the surviving family members try to survive in a dangerous world full of deadly monsters and desperate people. The first two films also starred Krasinski’s real partner, actress Emily Blunt, and in the second film the main role was played by actor Cillian Murphy.

In recent years, erratic release dates have become a staple for many films, mainly due to the unpredictability of the COVID-19 pandemic. In fact, the release date of “Quiet Place 2” has also been postponed. The world premiere of the film will take place in March 2020, but it received a wider distribution in cinemas only a year later, in May 2021.

Marali Nichols is not “surprised” that Tristan Thompson is expecting her...

Netflix Steps Into The Game World