Home Entertainment The release date of the movie “Bad Guys” on Blu-ray has been... 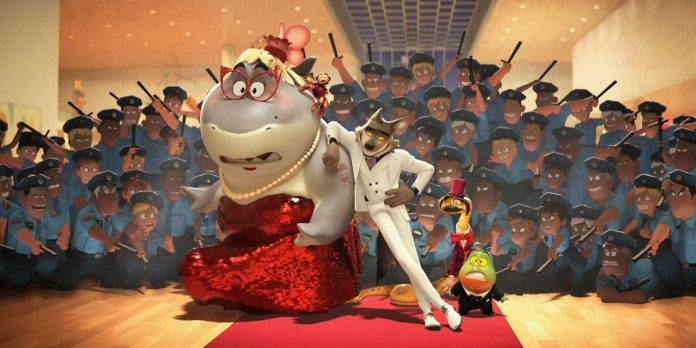 Universal has announced that the Blu-ray and DVD of the Dreamworks Animation feature film “Bad Guys” will be available on June 21, 2022. The movie “Bad Guys”, based on the children’s book of the same name by Aaron Blaby, revolves around a notorious criminal gang. anthropomorphic animals who are trying to become model citizens after a botched robbery to avoid jail time. Oscar winner Sam Rockwell leads the film’s voice-over cast, which includes Marc Maron, Aquafina, Craig Robinson, Anthony Ramos, Richard Ayoade, Zazi Bitz, Alex Borstein and Lilly Singh.

Universal announced that the Dreamworks animated film “Bad Guys” will be available for purchase in digital format, 4K Ultra HD, Blu-ray and DVD format on June 21. – a new original short film called “Maraschino Ruby”, which tells about a mini-adventure in which cute criminals become scammers again.

The film “Bad Guys,” directed by French director Pierre Perifel in his feature directorial debut, joined other recent films for family viewing, such as “Sing 2” and “Sonic the Hedgehog 2,” achieving box office success after grossing more than $200 million worldwide. In addition, the film received positive reviews from critics and scored an 89% rating on the website Rotten Tomatoes. At the moment, it is unclear whether the success of “Bad Guys” will lead to a sequel, but in the meantime, viewers can review one of the most colorful and fascinating films of the year without leaving home, starting next week.