Home Entertainment The release date of the horror Sons of the Forest has been... 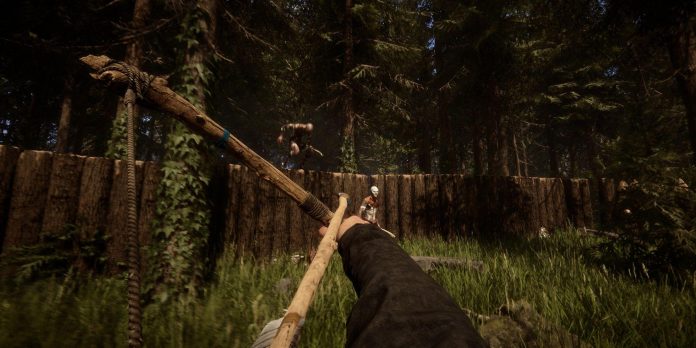 The Forest was one of the best horror games of 2018, and next year the developers announced a sequel. However, “Sons of the Forest” missed the launch planned for 2021, and the studio postponed the release date to the fall of 2022.

Unfortunately, fans of horror survival in the wild think that Sons of the Forest will not be released at all this year. Indie developer Endnight Games recently announced that it is further postponing Sons of the Forest until February 23, 2023. And while the studio’s excuses seem reasonable, it’s still bad news for The Forest fans.

Endnight announced the latest delay on Twitter on Wednesday, and also announced that the game will sell for $29.99 when it finally comes out next year. The developers explained the delay by saying that the team needs more time to polish the upcoming Sons of the Forest to the shine they deserve. The studio also attributed the numerous delays to the large scale of the upcoming game, which makes it difficult for developers to estimate how much work is left.

It’s understandable that a small studio like Endnight might be busy with a big project like Sons of the Forest. However, it is also clear that fans are not particularly happy about this news. There were still a lot of positive comments in the responses to the tweet, and some fans said that “The Forest” was good enough that its sequel was worth waiting a little longer. Others, however, seem to have lost their enthusiasm for the thrice-postponed game. I hope the tweet is accurate when it describes the “Sons of the Forest” delay “for the last time.”

Sons of the Forest by Endnight Games follows the same principle as its predecessor, with players tasked with surviving in a remote, mutant-infested desert. After an unsuccessful rescue operation, the main character must fight, get food and build in order to survive in the elements and among the inhabitants of the island. New features include changing seasons, affecting the available resources that players can collect, and the dangers they will have to deal with. For example, there will be plenty of food in spring and summer. However, winter brings a shortage, and players must allocate their resources, fighting off gangs of hungry mutants.

Like its predecessor, Sons of the Forest also boasts an optional co-op gameplay, allowing players to team up to survive and explore the deadly wilderness. It also runs with full controller support. However, although some people have asked about it on Twitter, the developers have not announced any intentions to release Sons of the Forest on consoles.