Home Entertainment The release date of the 6th season of “Young Sheldon” has been... 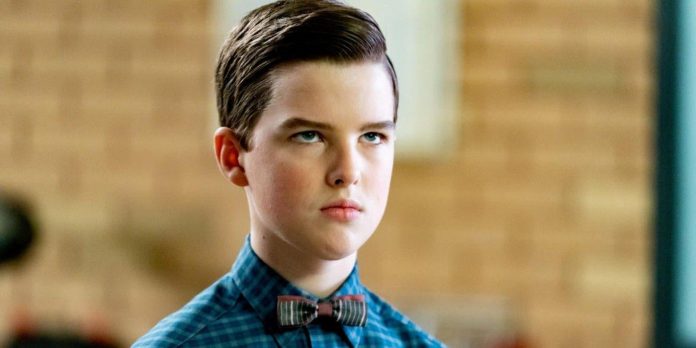 CBS finally confirms the release date of the 6th season of “Young Sheldon”. The spin-off of The Big Bang Theory has been extended to season 7. The popularity of “Young Sheldon” has only grown since its premiere, and the two-season extension certainly hints that the series is scheduled for the next few seasons, as it delves deeper into Sheldon’s growing up.

Unlike previous years, CBS has actively turned the sitcom into a family show, paying special attention to all members of the Cooper family. The accidental pregnancy of Georgie (Montana Jordan) Mandy (Emily Osment) led to a series of problems for Sheldon and his clan in season 5 of “Young Sheldon”. explore their marriage and even lost both jobs in the process. Meanwhile, Sheldon struggled with his scientists amid all the drama at home. Only Missy handled the situation well enough, even offering support to her mother and brothers who were struggling to cope with the predicament. The Coopers will continue their story when they return later this year, and thankfully, CBS has finally announced when they will be back on the air.

According to Yang Sheldon’s official Twitter account, it has been confirmed that season 6 of the sitcom will debut on September 29, 2022. No further information has been revealed so far, but fans in the comments section are generally happy with this confirmation.

This means that CBS keeps “Young Sheldon” in the usual time slot at 8:00 p.m. Eastern time on Thursdays. Initially, this block was occupied by its parent series, The Big Bang Theory, and a prequel spin-off followed at 20:30. For two years, it was a comedy night on the network, and it proved to be a success, as it prompted the already huge fan base of the geek-oriented sitcom to check out its offshoot, as it followed immediately. Since the Big Bang Theory ended in 2019, Young Sheldon has taken over, followed by Moms. This year it will be replaced by the breakthrough CBS comedy 2021 “Ghosts”.

It only makes sense that CBS isn’t moving “Young Sheldon” out of its current timeslot. Although the show began as an extra preview to The Big Bang Theory, it has since evolved into a show with its own identity. Instead of a simple sitcom, “Young Sheldon” has become more of a family drama, which makes it more appealing and therefore more appealing to a wider audience. CBS has already expressed a desire to continue the series after season 7, but so far viewers are simply delighted that the series is guaranteed until 2024.

Boys: The best characters introduced after the first season