Home Celebrity The release date of the 4th season of the TV series “You”... 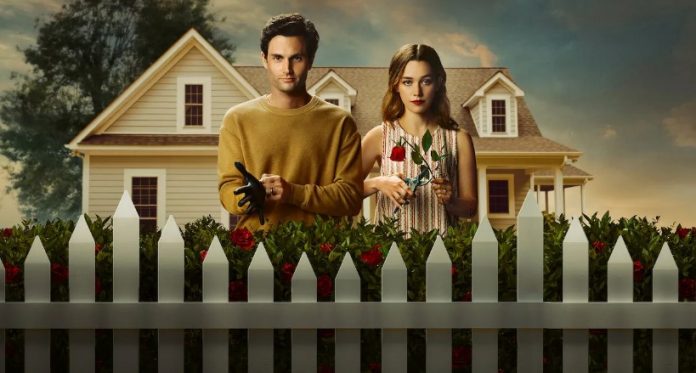 “You”, one of the popular Netflix productions, took part in the Tudum event, and the release date of the 4th season was announced.

“You”, one of the popular Netflix productions, will soon welcome viewers with its 4th season. According to a statement from Netflix, the release date of the expected season was announced at the Tudum event on Saturday, September 24. Here are the details…

The official release date of the 4th season of the TV series “You” has been announced!

Many productions were announced at the Tudum event organized by Netflix on Saturday, September 24. So far, information about the new season has been provided ​​Among the announcements to you, an official trailer has been released on the Netflix YouTube channel.

In addition, there is no clear information about how many episodes the 4th season will consist of. However, 1-3 series. Although the seasons consist of 10 episodes, it is expected that the 4th season will be the same. As the trailer says, Joe Goldberg is no longer “a cute bookstore manager in New York, a salesman in Los Angeles, or a loving wife in the suburbs.” In addition, Joe adds that he no longer falls in love with women.

Actors of season 4 of “You”

With the announced release date of season 4, “You” also revealed new characters. Here are the players who will meet with us in season 4:

What is the plot of the drama “You”?

In our series based on the novel by Caroline Kepnes “You”, our smart character Joe owns a bookstore in New York. Beck, who comes to the bookstore as a customer, attracts Joe’s attention and falls in love with him. Joe is trying to find out something about Beck, while he can do anything for Beck. Joe, obsessed with Beck, finally becomes her boyfriend. Joe, on the other hand, complicates matters with his obsession.

So, what do you guys think about season 4 of You? Do you think he will live up to expectations? Don’t forget to share your thoughts with us in the comments section.

Friends: Lisa Kudrow responds to racial criticism about the show

Kylie Jenner compared to The Little Mermaid on Instagram!