Home Entertainment The release date of Genshin Impact version 3.1 has been announced live 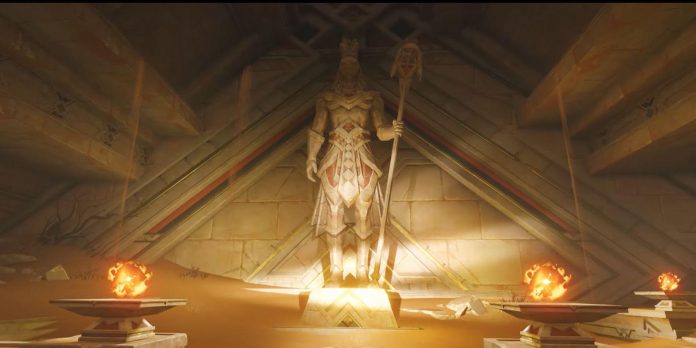 Genshin Impact has officially announced the release date of the upcoming special program version 3.1. The game runs on a very tight update schedule, each version of the game lasts approximately six weeks.

The first three Sumeru updates will be one week shorter than usual, which means that new Genshin Impact events will appear even more often. The developer of HoYoverse usually hosts a live broadcast two weeks before the release of the update, revealing most of the upcoming content.

The official accounts of the game on social networks have finally confirmed that the upcoming live broadcast of Genshin Impact version 3.1 will take place on September 16, 2022 at 08:00 (UTC-4). The new update will reveal more information about future characters, as well as about the new region. The current leaks of beta 3.1 have already confirmed that the new update will introduce a new part of the Twilight, which will include a huge desert area with a number of mysterious temples that can be explored as part of one of the Archon’s quests. According to recent rumors, the desert part of Sumeru will be larger than the rainforest that was added in the current Genshin Impact 3.0 update.

The 3.1 special program will also delve into three new Genshin Impact characters, which were announced even before the 3.0 update officially appeared on live servers. These characters include Electro Cyno user, Hydro Candace character and famous Zubayr Theater dancer, Nilou. These characters will be distributed across two banners, and according to trustworthy sources, Candice and Tsino will appear in the first banner cycle, and Neelow is scheduled for the second part of the update.

Cyno will be a new five-star Electro polearm character who specializes in the role of DPS. Leaks from the beta version showed that his style of play is very similar to two popular DPS characters, Xiao and Razor. His damage, apparently, will revolve around Elemental Mastery, which is typical for Sumeru characters, but unusual for the main damagers. Neelow is also a new five-star character whose damage depends on the activation of a new elemental reaction named Bloom.

One of her talents turns the dendro cores that Bloom usually drops into an abundance of cores that have a much stronger effect. Cyno and Nilou won’t be the only five-star characters featured on limited-cast banners, as recent leaks have confirmed two new reruns of Genshin Impact. Obviously, Venti will join Cyno in the first part of the update, and Eula will arrive with Nilou in the second banner cycle.

It is confirmed that a new Mafia game is in development

Halo: Infinite – 343 Industries Talks About How The Battle Pass...