Home Entertainment The release date of Andor’s “Star Wars” show has been postponed for... 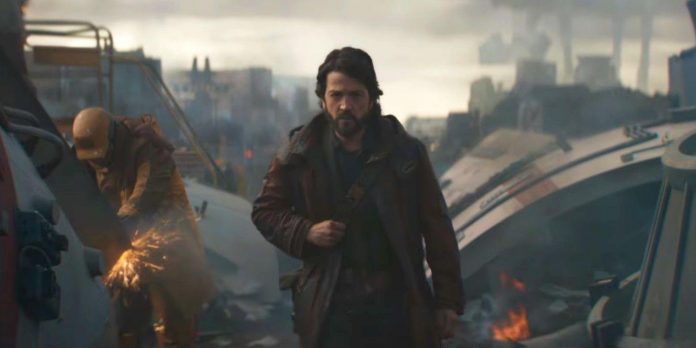 Disney reports that the release date of Andor has been postponed by one month, as the new Star Wars show is postponed to September. The Lucasfilm era of creating live shows set in a galaxy far, far away began with the launch of Disney+ in 2019. At the moment, two seasons of “Mandalorian” and one for “The Book of Boba Fett” and “Obi-Wan Kenobi” have been released. to a pretty big success. The next show is Andor, a prequel to Rogue One: Star Wars.

Since the first season of twelve episodes and the second season have already been announced, Andor’s expectations are high. Mon Mothma (Genevieve O’Reilly) and So Guerrera (Forest Whitaker) return to the series. However, its cast includes some important additions, such as Stellan Skarsgard, Adria Archona, Denise Gough and Fiona Shaw. Thanks to the excellent first Andorean trailer, interest in the series has grown online. The release of the second Andorean trailer should only increase the expectation, even though now viewers will have to wait longer to see Diego Luna’s Star Wars show.

As part of the release of Andor’s trailer, Disney and Lucasfilm confirmed that the release of the series is being postponed. Originally announced with a debut on August 31, Andor’s release date is now September 21. The delay will cause the first three episodes of Andor to be released on Disney+ simultaneously. No official explanation was given for the later release date.

The delay in the release of Andor may be due to the fact that Disney wants to avoid too much overlap between the content of “Star Wars” and the Marvel cinematic universe. The month of June tested what it’s like when both major franchises release new live-action episodes at the same time, as Obi-Wan Kenobi and Miss Marvel have been releasing on the same day for weeks. This is one of the possible reasons for the low popularity of Miss Marvel. Judging by the original release date, Andor could potentially compete with the Hulk Woman for the first seven weeks. Pushing the “Star Wars” series back, we overlap less.

While there may be some disappointment that Andor is no longer releasing on Disney+ this month, the reality is that the delay doesn’t change the show’s release schedule much. The simultaneous release of the first three episodes will not only essentially put the Star Wars movie on the Disney streaming service, but also means that viewers will be only one episode behind what they might otherwise be behind. Now Andor has a chance to make a much bigger splash with his debut and interest the audience by seeing more of Cassian Andor’s story before Rogue One.