Home Tech The relationship between Minecraft and Nintendo 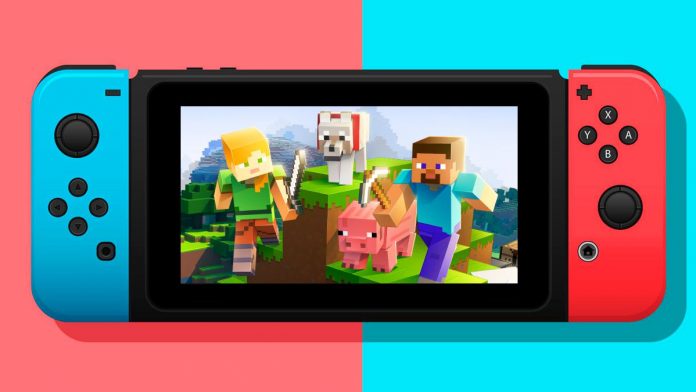 Steve’s inclusion in Smash Bros Ultimate has been just the latest of many collaborations between these two video game giants.

When the developers at Mojang released the incomplete version of Minecraft on May 17, 2009, they could hardly have imagined that their sandbox would end up becoming the best-selling video game ever, with 200,000,000 total sales. They probably also had a hard time believing that Microsoft would buy their studio in 2014 for $ 2,500,000,000, an investment that turned out to be very smart and has paid off handsomely. In the eleven years since its launch, Minecraft has become the favorite title of gamers and streamers, and, how could it be otherwise, it has also reached Nintendo platforms.

In fact, Masahiro Sakurai surprised us in October 2020 by showing that the DLC fighter number 7 of Smash Bros. Ultimate would be neither more nor less than Steve, the Minecraft avatar that we can customize at will. How could a collaboration take place between the Japanese video game giant and what was originally a very humble indie studio? In this article we will see the relationship between the colossus of Mojang and Nintendo, which has seen a long line of games and collaborations between the Swedish and Japanese companies.

From sandbox to story mode

Minecraft’s mechanics are easy to handle, but difficult to master. The title releases the player into a procedurally generated world, through an algorithm, which has different biomes (deserts, savannas, jungles, oceans, plains, tundras, etc.) where we can find different materials and enemies. Thanks to the way these scenarios are generated, each player’s experience will be unique, and the potential places he can visit will be virtually unlimited.

The essence of the gameplay consists of mining all kinds of materials to be able to make different constructions. Depending on the block we mine, we will extract wood, iron, diamond, etc., and with them we can improve our equipment, build our home, or get even more creative and make really complex buildings, such as the famous Ikea tower built by youtuber Pewdiepie .

This meant that the gameplay was completely free and that each player could build as many worlds as they wanted. However, as the game became more and more popular, the community felt the need to have a background to the world they had come to love so much. This is why Mojang Studios decided to commission Telltale Games to make Minecraft: Story Mode.