Home Entertainment The reissue of Skull and Bones, gameplay and release date are expected... 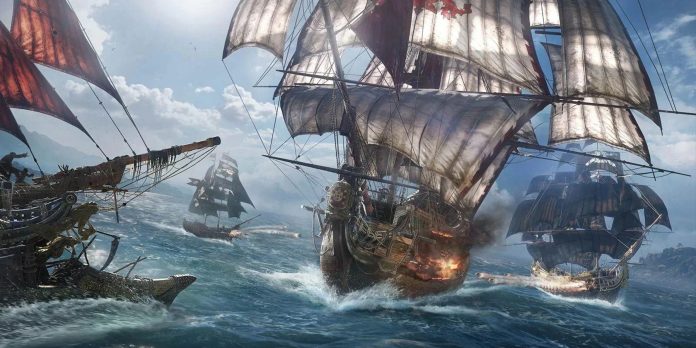 The development of Skull and Bones, a multiplayer pirate game from Ubisoft, was like a roller coaster. The game’s debut in 2017 was warmly welcomed, but things were not going according to plan inside. In 2020, after several delays, Ubisoft confirmed that Skull and Bones is being rebuilt with a “new vision”. Since then, Ubisoft fans have been patiently waiting for more information about the game. This time may come soon, as it is reported that Ubisoft is preparing Skull and Bones for a new presentation at the upcoming event.

The leak comes from Tom Henderson, who claims to have heard that Ubisoft has planned an event dedicated to the latest Skull and Bones show, which will take place in early July. In particular, the event will be held during the Fourth of July holiday week. It’s unclear if this will be a Skull and Bones event or a larger Ubisoft event, the presentation style of a delayed press conference unrelated to E3. In any case, the “Skull and Bones” will occupy a prominent place.

The disclosure will include various key information about the upcoming release of Skull and Bones. The official disclosure of the gameplay is obviously the most important aspect of such disclosure, since Ubisoft allows players to take a look at what a pirate game has now become. But Ubisoft will apparently also share a planned release date. Previously, Ubisoft stated that this release date falls in the second half of the fiscal year, so Skull and Bones will be released either at the end of 2022 or at the beginning of 2023.

This is the complete information about the “Skull and Bones” that Henderson was able to share. The game will be revealed in the near future, as well as its release date, at an event in early July. Henderson is known as a reliable source of insider information, although there is always the possibility that the information he heard was incorrect or that plans have changed since then.

For those wondering how Skull and Bones has changed over the past few years, early gameplay reports indicate that it’s now an open-world cooperative and multiplayer experience. It will have a pirate-themed social center from which players will be able to accept various types of missions. These missions can be focused on PvP or PvE, although PvE missions can lead to PvP encounters in the open world. Players will earn rewards and progress in the same way as in other live service games such as Destiny 2.

Since June is only a week away, any Ubisoft event scheduled for early July is likely to be announced relatively soon. Thus, this message should be confirmed or refuted within a few days. “Skull and Bones” seems to be closer to the exit than ever.

Skull and Bones is currently in development.

The heroes of the super-fast passenger express were sorted into their...