Home Entertainment The Redshirt from Diablo Immortal comments on the game 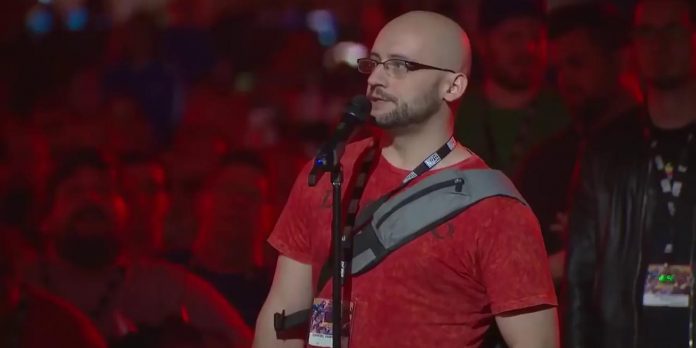 The story of Diablo Immortal is full of contradictions, starting from the moment of its initial disclosure. At that time, many fans were hoping to see Diablo 4, which deteriorated and did not help the inept disclosure of the mobile game Diablo Immortal. From the question “Guys, you don’t have phones” to the Diablo fan who asked if the opening was an April Fool’s joke out of season, all this was remembered for completely the wrong reasons.

Oddly enough, the gameplay of Diablo Immortal conquered fans as more and more was revealed. Previews of the game portrayed it as a fun mobile game, although many were concerned about potential microtransactions in the game. Unfortunately, its launch proved that these concerns were legitimate. One Diablo Twitch streamer recently spent about $15,000 to get his first 5-star legendary gem, and then deleted his character in protest.

As many streamers and members of the gaming community immerse themselves in the game and react to it, many may wonder where the guy in the red shirt, the off-season April Fool, is asking questions right now. On Twitter, he is listed as Dontinquire, and as first reported by Forbes, he played Diablo Immortal and did reviews. His first post about the game was on June 1, where he said that he did not hate the game and had reached level 20.

In his post, as in many previewers, some concern was expressed about the gacha elements in the Diablo Immortal endgame, but then he went silent for about a few weeks. Then, on June 14, he published a brief and succinct review of the game. He states that it met his expectations, which is usually good, but not here, and confirmed that he deleted Diablo Immortal.

It would seem that the launch of Diablo Immortal was as controversial as its disclosure, and it seems that it will remain so for some time. Despite Blizzard praising it as the biggest launch in franchise history, Diablo Immortal has the lowest Metacritic user rating in history. It is quite obvious that fans are unhappy with the predatory practice of microtransactions, but if Blizzard intends to change them in any way, this has not yet been hinted at.

At the moment, fans just have to wait and see what comes out of Diablo Immortal next. Perhaps Blizzard changed the situation, as EA did with Star Wars: Battlefront 2 (which at that time had one of the biggest controversies about microtransactions, and it’s still not as bad as in Diablo Immortal), or perhaps these microtransactions will remain. .

DLC for the lawn mower simulator is closest to the game...