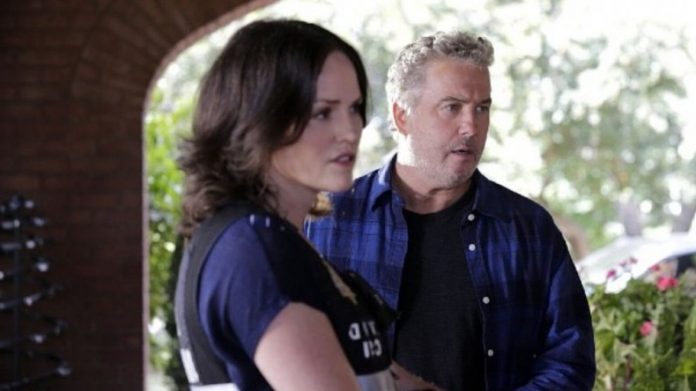 CBS was planning a series of special events for CSI and although it has been confirmed that it would be titled CSI: Vegas. The next show saw actress Jorja Fox reprising her role as Sara Sidle, but why did the actress leave the show?

Jorja Fox played forensic scientist Sara Sidle, who was a central member of the team and helped solve cases. The actress regularly appeared on the series between 2000 and 2007, before returning later between 2010 and 2015.

In 2007 Jorja Fox decides to leave the program and explained that it was her decision, and a very difficult one, something that she had been thinking about for a long time and that has nothing to do with her contract, nothing to do with money.

During her time off the show, Fox starred in Down with the Joneses, 3 Weeks to Daytona, and Next Exit. However, she was also on the CSI series on a recurring basis between 2008 and 2010 before her full-blown comeback.

Sara’s character was in an affair with hero Gil Grissom (William Petersen) and the couple had some ups and downs over the years. However, the tension in their long-distance relationship caused the couple to break up.

However, right at the end of CSI, the couple Sara Sidle and Gil Grissom got back together after realizing that they still loved each other very much on the TV show.

Jorja Fox is reported to be reuniting with CSI co-star William Petersen, and the pair are said to be talking to work on CSI: Vegas, the special series.

Apparently, the show will also introduce four new characters to the mix. During her run, CSI is said to be the most-watched series of the 21st century and spawned several spin-offs, including CSI: Miami and CSI: New York.

Kylie Jenner and Travis Scott: Where are they really?

These are the photos that Hyun Bin is talking about