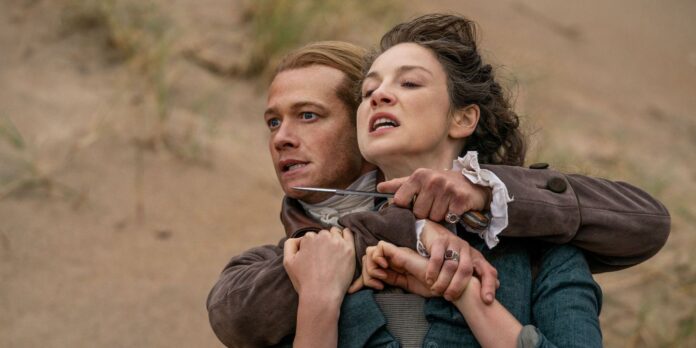 The Outlander villain managed to catch Brianna and trick her into reuniting him with her son. Just when it seemed like all was lost, Claire (Caitriona Balfe), Jamie Fraser (Sam Heughan), and Roger (Richard Rankin) showed up to stop Bonnet from escaping.

Jamie and Roger volunteered to shoot Bonnet and get rid of him, but Brianna begged them not to, unable to see him suffer, Brianna shot him in the head to learn that he was dead and could not return in Outlander.

Outlander fans have speculated whether Brianna killed Bonnet out of mercy or revenge. Now, the author of the Outlander novels, Diana Gabaldon, has revealed that Brianna needed to see the villain suffer in order to move on.

Speaking on the Outlander series, Diana was asked, “Did Brianna shoot Bonnet out of compassion or revenge? Or both? Inquisitive minds what to know ”. Showrunner Maril Davis explained: “We left it ambiguous on purpose.”

Actor Ed recently opened up to being replaced as another villain preparing to put himself in his place in Outlander. Speaking on the Outcasts podcast: “If I – I don’t mean to check the boxes – but if I have, then that’s all I can offer.”

The Outlander actor ended by saying that even with a character like this, you don’t do it to leave a legacy of what that character was or what he represented, you just have to play with the truth of what you are represented.