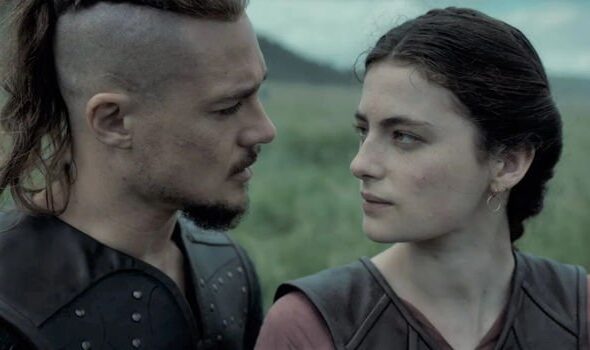 One of the biggest doubts that exist among fans about the history of The Last Kingdom, is the reason why Aethelflaed did not marry Uhtred, but, this seems to be the truth.

The last season of The Last Kingdom, Aethelflaed, decided to sacrifice her relationship with Uhtred, in order to become the Lady of Mercia, but why not marry him to rule between them.

During the show’s fourth season, the people of Mercia faced a difficult decision as to who would take Aethelred’s place as leader, so many felt that Uhtred would take the role.

However, she disagreed and said that she should be the rightful ruler of the people of Mercia, leaving fans shocked by her point of view.

This has led to several theories on the part of fans of the show, pointing out that Uhtred could marry her, because the people of Mercia had no problems with him.

“She could have become the ruler of Mercia by keeping Uhtred as her lover. Instead, she takes a stupid oath of chastity!”

“Aethelflaed, why didn’t you support Uhtred? You could have ruled Mercia together, but instead you said Uhtred was wrong even though Witten accepted it. Too bad! I hope you enjoy seeing Uhtred with another woman.”

But, that she did not marry Uhtred, it could make her the antagonist for the fifth season of The Last Kingdom, but it would be very when she tries to search for his feelings.

Although the series stays true to historical events by placing Aethelflaed in a high position of power. Since the real Aethelflaed became leader of Mercia, and worked alongside her brother Edward to rid the Saxon kingdoms of Danes.

See Also
The true story of how Thyra died

Nicki Minaj Will Be The New Rupaul’s Drag Race Judge