Home Entertainment The real task of “Avengers 5” is to master the magic of... 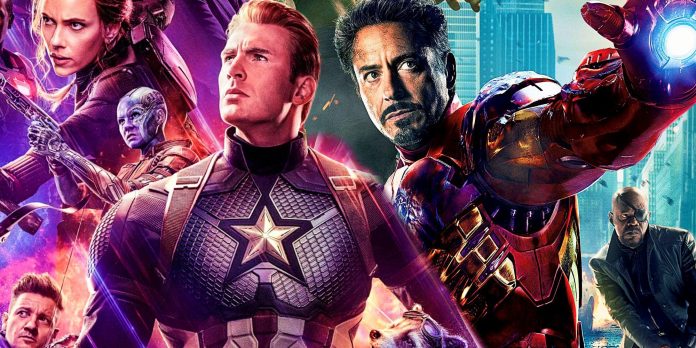 Avengers 5 has the difficult mission of following up Avengers: Endgame, but the film’s real challenge is capturing The Avengers’ magic. More than three years after Endgame, the MCU has yet to make clear what its plans for Avengers 5 are – which includes a release date, a director, and the next Avengers lineup. There has never been so much time between two Avengers movies, which proves that Avengers 5 is not an ordinary team-up film but rather a defining point for the future of the MCU.

Initially, the Avengers films were meant to be the concluding chapter of each of the MCU phases. The Avengers saw all the heroes introduced in Phase 1 teaming up for the first time, Avengers: Age of Ultron dealt with the consequences of SHIELD’s fall and the rising importance of the Infinity Stones in Phase 2, and the two-part story Avengers: Infinity War and Avengers: Endgame offered an epic ending to the Infinity Saga. However, that tradition seems to be lost, at least for now, as the MCU Phase 4 is set to be concluded before Avengers 5 comes out.

While the waiting for the next Avengers can only increase the expectations for the movie, it’s impossible for Avengers 5 to compete with Endgame in terms of buildup and scale – which is something Marvel seems to be aware of. It will obviously be difficult for Avengers 5 not to be compared with Endgame, as the latter is the most recent Avengers and the second highest-grossing movie of all time, but the real challenge for Avengers 5 is to replicate the feeling of 2012’s The Avengers. This is the first time audiences are not sure what the Avengers lineup is going to be, and after all the deaths and retirements of the original characters in Endgame, Avengers 5 is almost a new beginning for the Avengers franchise. Therefore, the movie will have to nail the choice of the new lineup, the on-screen chemistry among old and new actors, and it will have to sell that this newly formed team can work, both in-universe and to the audiences. All those challenges are something that the first Avengers movie also had to deal with.

Although each Avengers movie has been an event of its own, no other Marvel film can be compared to Endgame in terms of scale and stakes. Not only was Endgame the culmination of a decade of buildup, but the 2019 film was set to bring a resolution to the massive Infinity War’s snap cliffhanger, in which half of the heroes as well as half of the universe were killed by Thanos. The audiences’ wish to learn if and how the snapped Avengers would return as well to witness how the final confrontation with Thanos would play out made Avengers: Endgame a must-see even for the more casual audiences, and thus the fourth Avengers film became the biggest opening weekend of all time and the second highest-grossing movie only after Avatar.

Replicating all those circumstances is impossible, at least for now. Only another major crossover event that brings together all corners of the MCU to fight the next big bad – be that Kang, Doom, or the Beyonder – can truly try to achieve the same levels of expectations and scale of Endgame. That description fits a possible Secret Wars, a storyline that is becoming more and more likely to be adapted now that Incursions have been set up in the MCU, but it does not match what Avengers 5 needs.

Avengers 5 Is A New Beginning For The Avengers

While there have been some changes in the Avengers’ lineup and alignments throughout the Infinity Saga, all of the Avengers: Endgame’s deaths and retirements suggest that Avengers 5 will feature the most different iteration of the team since its inception. From the original Avengers team, Iron Man and Black Widow are dead; Steve Rogers is retired, and the futures of Hawkeye, Hulk, and Thor in the franchise are still up in the air. In addition, other experienced heroes like Scarlet Witch and Doctor Strange have now their own separate, high-stakes agendas and might not ever rejoin the team, and even Spider-Man is now steered away from other heroes following the memory spell in Spider-Man: No Way Home.

Related: Will Ms. Marvel Ever Become An Avenger?

Behind the cameras, the MCU is also in a moment of transition now that some of its biggest stars are no longer part of the franchise. On top of that, the Disney+ Marvel shows have offered a new platform for the MCU, and now several new heroes such as Kate Bishop, Moon Knight, and Ms. Marvel can be introduced in a short period of time. There is no shortage of options for the next Avengers lineup, and the group will most likely be a mixture of old names, like Carol Danvers and Sam Wilson, and newer ones like Shang-chi, Monica Rambeau, and Sersi. For that reason, Avengers 5 is a fresh start both for the Avengers team and for the Avengers franchise.

2012’s The Avengers Is What Avengers 5 Should Aim At

If Avengers 5 will really play like a new beginning for the Avengers franchise, then The Avengers, and not Endgame, is what the movie should aim at. There are many ways in which The Avengers could have gone wrong, and nothing guaranteed that having six different characters from four different Phase 1 MCU movies combined into one story would work. Likewise, it will not be easy for the MCU to pull off an Avengers 5 in this moment of transition, especially now that the things like the multiverse and the arrival of the X-Men and the Fantastic Four will compete with the Avengers for the audiences’ time and expectation.

For Avengers 5 to succeed in setting up a new generation of Avengers, one that will perdure for the next few years in the MCU, the movie will have to repeat some of The Avengers’ most important feats. That includes picking a lineup that works both in front and behind the camera, balancing the screentime so that all of the Avengers can have their moment, and finding a heartful reason for this new group of heroes to truly become a team – which in The Avengers happened thanks to Phil Coulson’s death. That is not to say Avengers 5 has to copy the same story beats of The Avengers and the Battle of New York, only that the spirit of it will have to be rescued so that a new era for the franchise can begin.