Home Entertainment The Real Star Wars Lightsaber That Disney Will Sell And You Want... 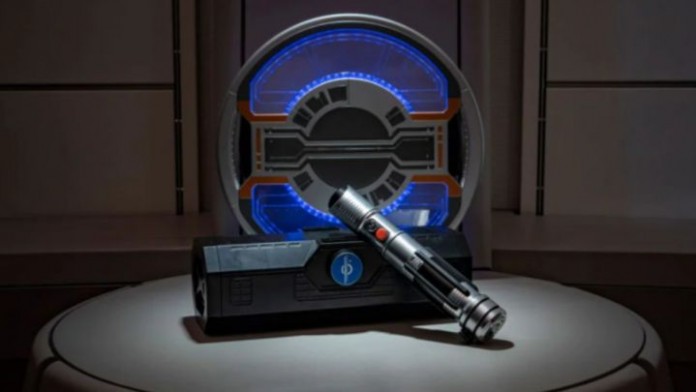 Star Wars: “A noble weapon, for more civilized times.” If there is an iconic element that defines Star Wars at a stroke -which is full of icons-, that is undoubtedly the lightsaber, laser sword or lightsaber.

The sword of light

Become one of the most popular toys, it was not until the turn of the century that we began to see the first ‘real’ lightsabers, the coveted ‘Master Replicas’, which did the effect using a transparent methacrylate tube with LED lights attached to a handle that faithfully reproduced those used in the movies – if you turn it on in low light or dark conditions, the effect is total.

Since then, companies like Hasbro have perfected that, and there are digital stores that sell you some that even show you the Kyber crystals that are supposed to power them. But it is still far from the truth in terms of the effect of the leaf.

But we are in 2022, in a time when technology is soaring in terms of evolution, and there are people who make Iron Man’s Mark IV armor in his house and it is functional. Is it that there is no one who has yet found the creation of a lightsaber that unfolds its blade like in the movies? Well yes, and of course it has been Disney, owner / guardian of the franchise since George Lucas sold it.

Yeah, a lightsaber with a retractable blade.

Last year we saw a patent filed by Disney to register a ‘lightsaber’ design capable of doing what we discussed: deploy and retract the ‘light’ blade. And some time later, right in the middle of Star Wars Day May 4, 2021, Disney made the dream of millions of fans come true by presenting its new ‘toy’: The lightsaber most similar to the one in the movies that has been made.

And it is that the video did not lie: The deployment of the leaf is real, the lighting too, and then it retracts. It is what some of us have been dreaming of for 40 years. And Disney was going to make it happen this 2022 in Star Wars: Galactic Starcruiser, a two-night ‘star cruise’ in which visitors will be able to experience the lightsaber firsthand. And in fact, on February 22nd it was, and as you can see in this video, the actress who plays Rey actually unfurls a lightsaber.