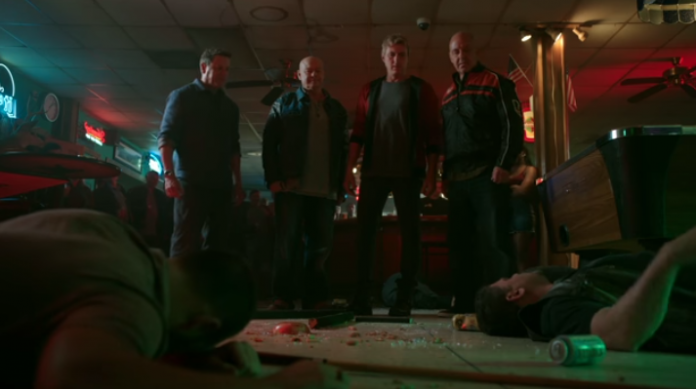 As you may recall, the famous Karate Kid sequel, Cobra Kai, features some characters who participated in the Karate Kid movies played by their original actors. The most recent case was in the third installment with the return of Elizabeth Shue, who returned with her historic role as Ali Mills.

The same happened in season 2 with the reunion after more than three decades that the old friends of Johnny Lawrence (William Zabka) had. However, there is one of the characters in particular whose absence was very noticeable and it is none other than Dutch played by actor Chad McQueen who is currently 60 years old.

To explain why Dutch did not meet his friend on Cobra Kai, the plot revealed that the character was serving a sentence of several years in jail for a crime that was not disclosed in detail.

And is that, Cobra Kai’s argument about the reason why Dutch does not appear is related to a reason behind the scenes. The actor has been retired from acting for several years.

Chad McQueen is the son of film legend Steve McQueen and like his father the actor decided to follow in his acting footsteps for a while.In 2001 he also decided to become a racing driver as did his father in recent years .

When the Cobra Kai producers contacted him to propose that he return, McQueen argued that he had a very busy schedule by the time the reunion of Johnny Lawrence’s friends was filmed, in which he was expected to participate as well.