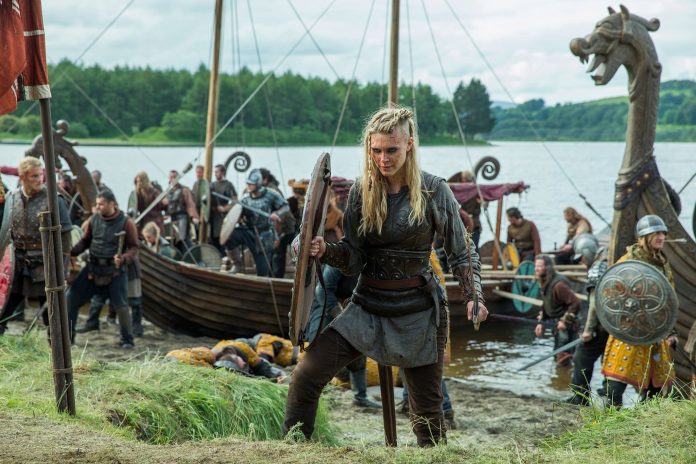 The popular series of the Amazon Prime Video platform, Vikings, managed to catch all viewers with its incredible story, but, one of the stories that remained unfinished was that of Bjorn’s (Alexander Ludwig) girlfriend, Porunn (Gaia Weiss ). But what happened to the character and the actress?

By season three, Porunn had grown into a strong fighter and joined Ragnar’s (Travis Fimmel) army in Wessex, despite Bjorn’s protests. Porunn had revealed that she was pregnant and Bjorn asked her to marry him before the battle.

But that last fight left a mark on her for life, after being seriously injured on her face, so she made the decision to leave Kattegatt, while Bjorn was fighting.

Porunn, she wanted to hand her daughter over to Aslaug (Alyssa Sutherland), as she claimed that she couldn’t raise her as a Viking without avoiding having to cry in the process. So one day she decided to leave leaving everything behind.

But the reality seems to be different, since it is “rumored” that the departure of the character Porunn was so that Torvi (Georgia Hirst daughter of the creator of the series Michael Hirst) could marry Bjorn. Discarding Porunn.

Although Porunn had no real interest in living after her injury and she was willing to leave Bjorn and her daughter behind without a second thought.

Shocking preview of the new season of the CW series

TOM HOLLAND COULD APPEAR ON ‘VENOM 2’ AS SPIDER-MAN