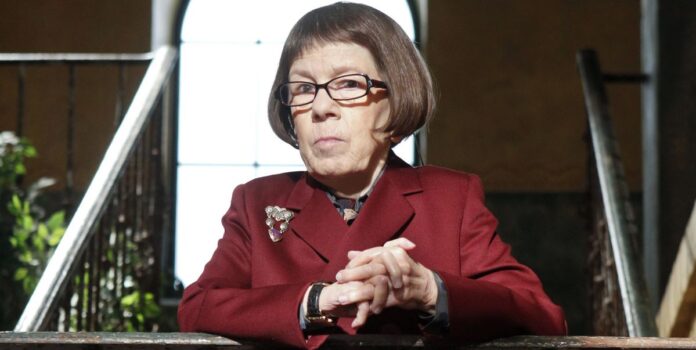 NCIS LA aired its winter finale on Sunday, December 13, and fans were delighted with how it ended. While the CBS drama won’t be on our screens for a few weeks, it won’t be long before it returns as it will reboot on January 3. But whether or not Hetty Lange (Linda Hunt) will return him to the office remains a mystery.

Operations Manager Hetty (Linda Hunt) has been popping up via video calls from time to time in season 12. In the first episode, Nell Jones (Renée Felice Smith) went to the office for a meeting with her boss when Hetty called. in an undisclosed location, wearing a bulletproof vest.

Hetty said she couldn’t be there, so she appointed Nell as interim operations manager, to which she reluctantly agreed. The eccentric fan favorite was not seen again until she appeared briefly in episode six.

Marty Deeks (Eric Christian Olsen) lost his job as an LAPD-NCIS liaison officer and was unable to train to become a full-time agent due to his age.

In the episode If The Fates Allow, Marty was frustrated because he was considering selling his and his wife Kensi Blye’s (Daniela Ruah) bar as he no longer had a job. It was then that Hetty suddenly appeared as the couple’s fairy godmother on the television screen.

Similarly, Ella had called to give them the good news, which pulled a few strings and managed to enroll Marty in the NCIS Academy. But Hetty has yet to physically appear in the drama, leading fans to believe that her time on the show is almost up.

For her part, showrunner R. Scott Gemmill has previously spoken about only featuring Hetty in a handful of scenes from season 12 due to the pandemic. The crew even went to actress Hunt’s home to film her driveway to make sure she was still on the show.

He said, “We are doing everything we can to keep everyone safe, and Linda is a little more special in terms of how we should take care of her.”

“She is like saffron. It’s expensive, but you don’t need much. ”

Plus, with the Hetty scenes dwindling, this could lead to Linda Hunt saying goodbye to NCIS LA for good. Let’s not forget that Linda Hunt turned 75 this year and therefore has the right to begin her retirement, she was even considering leaving the program in 2013.

Hunt commented, “I hope the time comes when I no longer have to work. “What is close, I think.”