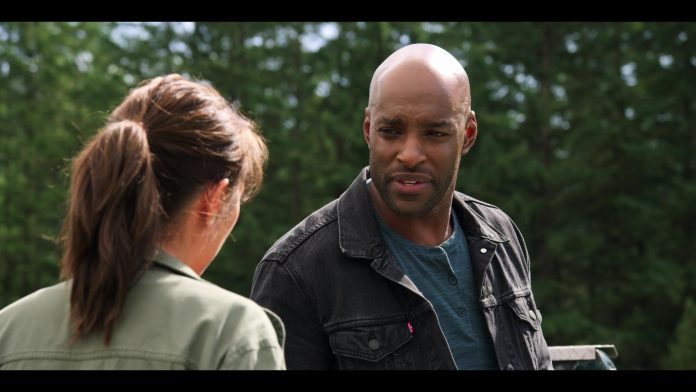 Fans will remember how Virgin River’s second season ended on a dramatic note for John Preacher (Colin Lawrence). The chef had decided to leave the small town behind when his past caught up with him.

In the second season of Virgin River, Preacher found himself embroiled in a gruesome crime. After being a close confidant of Paige Lassiter (Lexa Doig), she told him how she had run away from her abusive husband and started a new life in the small town.

However, her peace didn’t last long when her ex-husband Wes (Steve Bacic) located her. In an act of self defense, she killed him by pushing him down the stairs in one of the opening episodes.

The only person she felt safe to call was the Preacher, who took the body and buried it in the woods. Throughout the second season of Virgin River, he was concerned that his crime would be discovered as he became closer to the new character Jamie (Carmel Amit).

In the end, he decided to leave his ghosts behind in Virgin River and accept a job offer elsewhere in California. However, now it seems like two important things could stop him in his way.

The first was Paige’s son Christopher (Chase Petriw), who was sent to stay with him after she planned to turn herself in to the police. In addition to this, Wes’s twin brother also appeared in town to investigate the disappearance of his brother.

Stopping at the bar, he questioned the Preacher on what he knew about Paige and warned him that he would find out the truth. Since it’s only a matter of time before he discovers the body of his brother, Virgin River fans will be concerned that Preacher is on the wrong side of the law.

Sadly, showrunner Sue Tenney did not reveal what the fate of John Preacher (Colin Lawrence) will be. However, she suggested that he stay at Virgin River in season three.