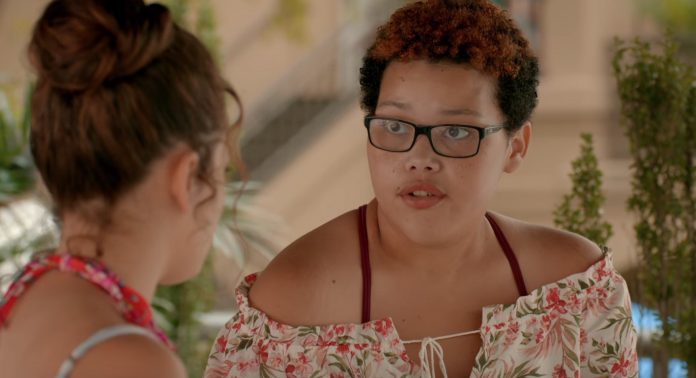 The popular Cobra Kai series has premiered its season 3 on the Netflix platform, but many fans of the show noticed the absence of Aisha, one of the show’s favorites, but this is what happened to her.

The Netflix platform premiered all 10 episodes of season 3 of Cobra Kai, which have been giving something to talk about. But with the return of their regular actors, many realized the lack of actress Nichole Brown as Aisha.

Which is why Cobra Kai co-showrunner Jon Hurwitz has explained the real reason the character and the actress were not in this season 3.

“Certain characters that we loved in season one didn’t appear at all in season two, like Kyler (Joe Seo), Yasmine (Annalisa Cochrane) and Louie (Bret Ernst).”

“Before the season, we said to Nichole the same thing we said to those actors: that just because a character doesn’t appear for a period of time doesn’t mean they’ve left the universe, that they can’t return. again”.

“We love that character, and maybe we’ll see her again one day.”

In fact, some time ago since the series was renewed for its third season by the Netflix platform, the actress Brown wrote on her Instagram account that she was not going to be in this season.

Now Cobra Kai fans will have to keep their fingers crossed for Aisha to return in future seasons. Since her role has not been completely ruled out.

For that reason Hurwitz said that the door remains open, which is why it does not seem that Aisha’s time in Cobra Kai has ended yet.

Everyone is waiting for the announcement of Netflix with a season 4 of Cobra Kai, once the platform collects the viewer data that the new season of the show had.

Jennifer Lopez talks all about her marriage to Alex Rodriguez