Home Celebrity “The Real Housewives of Dubai” will be released soon: meet the actors... 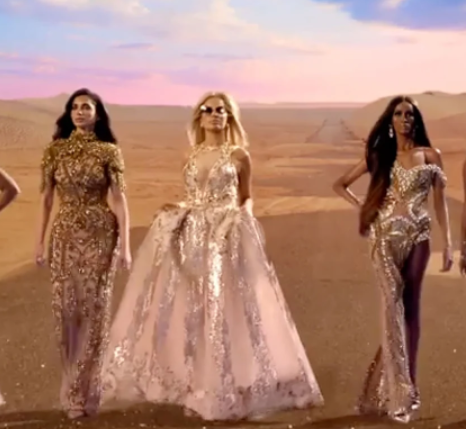 Drama in the Golden City! The “Real Housewives of Dubai” are finally arriving at Bravo – and there is one familiar face in the new team.

The network announced the cast of the latest installment of the Housewives franchise on Friday, April 1, and some fans were able to congratulate themselves on predicting that Caroline Stanbury would be part of the group. The 45-year-old British native previously appeared in the short-lived Bravo series Ladies of London, which aired from 2014 to 2017.

The presenter of the Divorced Not Dead podcast moved to the United Arab Emirates in 2016 because of the career of her then-husband Jem Habib. The duo broke up in December 2019 after 17 years of marriage, but Caroline continues to live in Dubai. When Andy Cohen announced The Real Housewives of Dubai in November 2021, Bravo fans immediately began to assume that the luxury brand ambassador would be part of the cast.

Millionaire Matchmaker’s Patti Stanger also fueled casting rumors when she commented on the network’s Instagram announcement of the show, writing, “Go @carolinestanbury, so happy for [you], my friend. #breakaleg 👏 👏 👏 .”

Some viewers also hoped that Lindsay Lohan could become part of the show, since the 35-year-old “Mean Girls” actress has been living in Dubai since 2014. The “Rumors” singer wasn’t part of the cast’s official announcement on Friday, but last year, Cohen, 53, hinted that he liked the idea of her appearing.

“Lindsay Lohan lives in Dubai — a potential real housewife, maybe Andy?” Jerry O’Connell asked the head of Bravo during an appearance in November 2021 on The Talk. The superficial author replied: “Let me tell you something. That’s a good idea, Jerry.

In the first teaser of The Real Housewives of Dubai, there were no hints about what might happen in the show, which is the first international release of the franchise. According to a press release, the series “tells the story of an influential group of luxury women who run business empires and skillfully navigate a very exclusive social life in this ultra-luxurious playground for billionaires.”

The Real Housewives have always been known for throwing lavish parties, but parties in Dubai sound too extravagant — even by Bravo standards.

“Whether they are dining on a mountainside overlooking the valley of 1000 camels or hosting the wedding of the year, these ambitious and glamorous women are proving that everything is more extravagant in the Golden City,” the press release says. “When a new group dynamic threatens a long-standing friendship, tensions inevitably reach boiling point, so if you can’t handle the heat… get out of Dubai.”

The premiere of “The Real Housewives of Dubai” will take place on the Bravo channel on Wednesday, June 1, at 21:00. ET. Keep scrolling to meet the actors.

Nina, a “lifestyle content creator”, moved to Dubai in 2011 with her husband Munaf Ali and three children. According to her acting biography, Nina “values authenticity and prides herself on being the ‘real deal’ and she and her husband have to decide if their lavish lifestyle is worth the stress.

Chanel is a socialite and model who is working on launching her own brand of cosmetics and skin care products. Her son Taj is also a model. “When Chanel faces demons from her past and present, she realizes that she can only hide behind fashion for so long,” the actors’ biography says.

Caroline B., who uses the nickname Caroline DXB, was born in Boston to a Honduran family. She’s a real estate agent who wants to open an “inclusive” spa. She shares her son Adam with her ex-husband.

The entrepreneur and speaker has been divorced twice, and according to her biography, she is ready to look for love again. She is the co-founder and CEO of HalaHi, a Cameo-like platform.

Leza, a former Miss Jamaica, is based in Dubai and is pursuing a career in fashion design. The mother of three founded a luxury maternity clothing line called Mina Roe. “The queen of her house, Leza is fiercely loyal and puts family above all else,” the actors’ biography says.

After the divorce, the Ladies of London graduate went to Sergio Carallo, who plays football for Real Madrid. In her acting biography, it is noted that “marrying someone who is much younger is fraught with its own problems, especially in connection with the expansion of their family.”