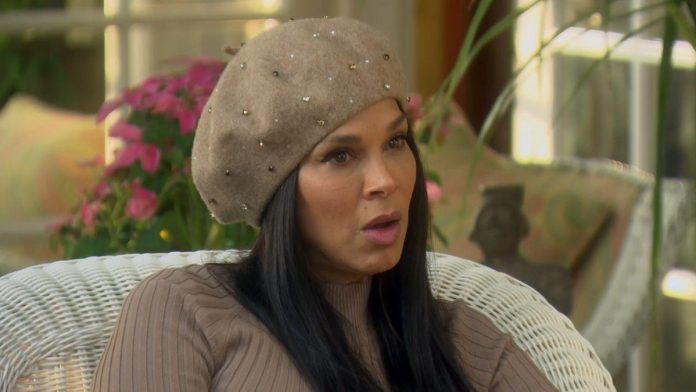 The Real Housewives of Beverly Hills has added a new “friend of the show” in the currently airing (Erika Jayne-centric) Season 12: Sheree Zampino. Similar to Kathy Hilton, she was casually brought into the fold in 2020 as a “guest” of castmate Garcelle Beauvais, who has claimed she once dated Zampino’s famous ex-husband/actor — Will Smith. The newbie herself hasn’t gotten too involved in the show’s drama now that she’s upgraded her status, but she’s still received some backlash regarding certain CashApp requests and other off-screen matters. And Zampino is, apparently, quite surprised by the hoopla.

For the most part, Bravo viewers have applauded Sheree Zampino for keeping a level head as the notorious cast duke it out over each other’s personal and legal problems alike. However, there’s been talk online that the star’s business, the Sheree Elizabeth Boutique, is a bit shadier than her mellow on-screen appearances might suggest. RHOBH fans even allegedly reported the site to the FBI over Zampino selling pricey knockoff designer brands to customers, per All About the Tea. Speaking to Entertainment Tonight, though, the 54-year-old claimed that she’s doing nothing illegal with her store, saying:

This is the thing, I think you have to take it all. I think people sometimes read things and believe what they read. They don’t do any research, they take everything at face value, and it’s unfair and we can all do better. Let’s try to at least try to understand the story a little bit. With the boutique, who doesn’t? It’s a trickle-down effect. The things that I sell are designer inspired. Nothing has a logo, nothing is stamped with a designer name. You know what I mean? It’s like, so that’s crazy. But I’m like, OK, welcome to the Housewives. Here we go! I knew it was a matter of time. I didn’t think it was going to be this soon, because I’m still a friend, but I mean, here it goes.

One of the items on the front page of the Sheree Elizabeth site is in fact a pair of “Versace” hoop earrings, which is in itself a notable designer name… Just sayin. Still, it’s no question that being on Real Housewives (in any capacity) puts a huge spotlight on how one run’s their affairs, whether they like it or not. Someone who’s learned this the hard way is Zampino’s co-star, Erika Jayne, who’s experienced her share of legal troubles and continues to face multiple lawsuits related to her alleged involvement in her ex’s $50 million-plus embezzlement schemes.

Yet, the new Real Housewives of Beverly Hills star has also faced criticism about what she posts on social media as well. As a devoted Christian, who was once first lady of the City of Hope International Church when she was married to lead pastor/ex-NFL star Terrell Fletcher, Sheree Zampino continues to share her spiritual thoughts with followers on Instagram and, at least once, gave out her CashApp/Venmo for those that were apparently asking to “sow” into her words, as you can see below:

Some of the comments on the post are spectators accusing the star of being a “grift” and a “scam” for encouraging monetary offerings to her personal account. But the mother of Will Smith’s oldest child explained to the outlet how “sowing” or “tithing” is a “spiritual concept.” Furthermore, she added that it’s a totally voluntary act that, if you don’t believe in, you don’t have to do:

And then the tithing, I will say that if it doesn’t make sense to you– what happens is, when I do these inspirational messages, a lot of people reach out to me and say to me, ‘I want to sow, I want to sow into the word, what’s your Cash App?’ What we understand, we understand what sowing is. If you don’t sow, you don’t reap. It’s a spiritual concept, but it’s a universal thing. It’s sowing and reaping. It’s karma. It’s the same thing, but we understand it differently. So, for people that don’t understand it, you don’t have to. We know that if you put seed in good ground, you reap and it’s coming into agreement with something, but people that don’t understand it, just don’t do it.

Well, that’s that on that. Although, there’s still the matter of unresolved drama from Season 12 of their reality series. In recent Real Housewives of Beverly Hills episodes, Sheree Zampino has taken a back seat, as Lisa Rinna and Sutton Stracke continue to fight over charity seating claims and as the women question the seriousness of Crystal Kung Minkoff’s eating disorder.

And something big is reportedly on the horizon, too, concerning Kathy Hilton’s standing with the group and a beef between Erika Jayne and Garcelle Beauvais that trickles over into the off-season… So Sheree Zampino might want to prepare herself because these ladies don’t do things quite like she’s used to on the Red Table Talk. Stay tuned for more new RHOBH episodes airing on Wednesdays on Bravo and next day for Peacock Premium subscribers.