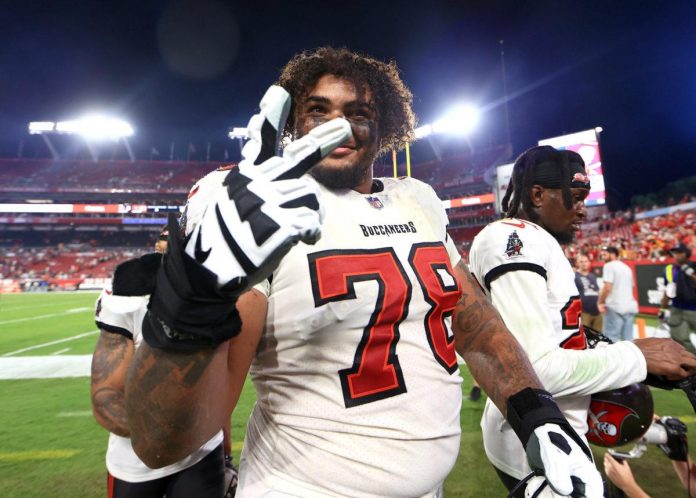 It is reported that the Tampa Bay Buccaneers received another serious injury to the offensive line.
During training on Thursday, Tristan Virfs, a professional athlete, was led off the field by a coach with a rib/abdominal injury, according to team insider Greg Auman.
The NFL world reacted to the news on Twitter.
“We won’t survive the season lol,” one fan wrote.
“Jesus Christ. This is getting ridiculous. Stop practicing immediately!” another added.
“My expectations for this season, based only on training camp and all the injuries, are getting lower and lower every day,” said another.
Wirfs had a breakout year for the Bucs in 2021, when he played all 17 games and earned Pro-Bowl and First Team All-Pro honors. The 13th overall pick in the 2020 draft played a major role in defending veteran quarterback Tom Brady last season.
If Wirfs is forced to miss time, he will become the second starting lineman to lose due to injury this preseason. Pro-Bowl center Ryan Jensen could miss a year due to a knee injury sustained late last month.
Follow the news about the severity of this injury for Virfs.