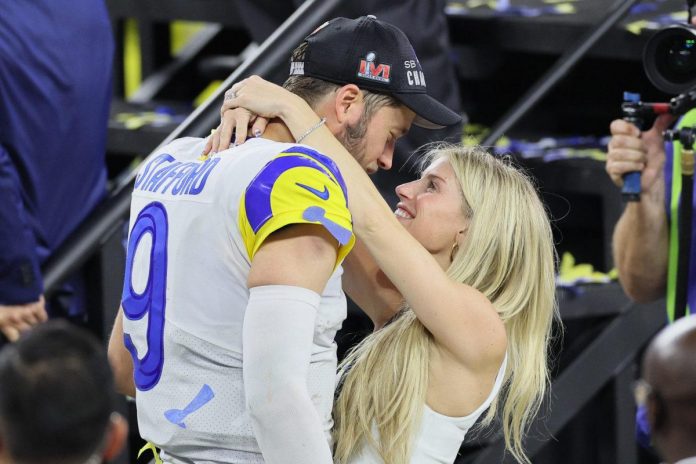 On Friday afternoon, Stafford posted a photo of himself sporting a Super Bowl ring. Stafford’s post contained this caption: “She’s a real beauty.”

In the photo, Stafford’s wife, Kelly, was noticeably cropped. Well, Kelly saw Matt’s post and responded with her own Instagram post. She cut out Stafford’s face, left the ring, and then enlarged herself.

“We look good together,” she said of the ring. Adam Schefter tweeted a photo of Kelly on Instagram that caught the attention of the masses.

Matthew Stafford and company hope to add to their collection of rings this season.

Charles Barkley to talk to LIV Gall about the role of...