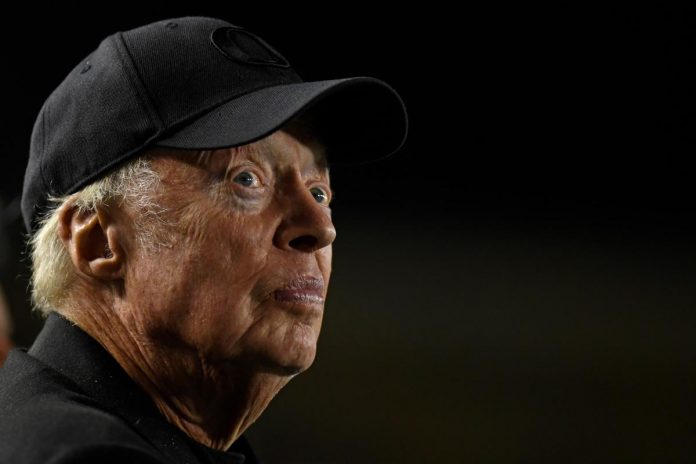 Just last week, the football world learned that USC and UCLA are leaving the Pac-12 and joining the Big Ten.

But they may not be the only programs that do this. According to an Oregon insider, John Canzano, the Ducks are interested in joining the Big Ten, or SEC.

“Oregon and Phil Knight have a wish list, and they’ve included the Big Ten and the SEC in it,” Canzano said. “But… Pac-12 Commissioner George Klyavkov is effectively hitting the ropes behind the scenes. The source said: “George kicks ass.””

Fans aren’t quite sure what to do with the latest news.

Some people suggest the Pac-12 make major changes, such as poaching the Big 12 and top ACC schools.

“Wild thought: Why do the remaining Pac-12 players have to choose between raids on the Big 12 or ACC? Why not try to combine the best from each conference for super conferences? Clemson, Fla Street, North Carolina, Duke, Oregon, Washington, Stanford University of California, Arizona Schools, OK State, Kansas… And do everything to get Notre Dame,” college football reporter Tim Kawakami said.

Others don’t think Oregon belongs to the SEC.

“Oregon at the Securities and Exchange Commission…?” the fan asked.

Should Oregon go to the Big Ten or the SEC?

Tyreek Hill Named the Most “Accurate” NFL Quarterback Game – The...