Home Sport The reaction of the college football world to money speculation at Notre... 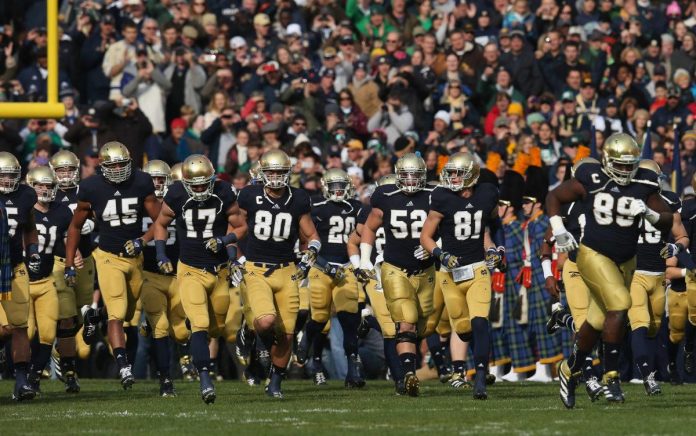 Almost every college athletics conference has wanted Notre Dame to join them for decades. But with the amount of money being poured into them through media deals, Notre Dame might finally want to accept one of them-unless they make the right independent deal.

CBS Sports’ Dennis Dodd reported last week that Notre Dame is willing to remain independent in exchange for $75 million a year. According to the Awful Announcing, this will be six times what NBC is currently paying them.

But Dodd also indicated that NBC would need some kind of connection with the conference to make such a deal possible. The Big 12 is currently an option.

College football fans are not sure that such a deal will take place. Some think Notre Dame is overconfident in demanding money, while others think they can still get more by fully joining a major conference.

The Notre Dame football program has remained proudly (and stubbornly) independent throughout its existence. They briefly joined the ACC in the 2020 season affected by COVID-19, but never fully dedicated their conference program.

The Fighting Irish football program is very profitable, but on its own, it may not be as profitable as they think.

Will any network invest money to keep Notre Dame independent? Or will Notre Dame’s financial needs require them to join the conference?