Home Crypto The reaction is growing: the price of these two altcoins is melting... 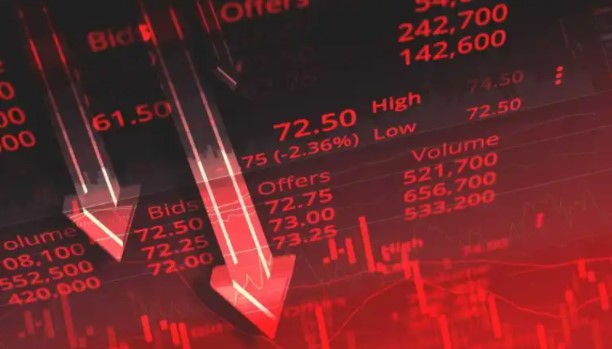 Neutrino USD (USDN), the stablecoin of the Waves altcoin project ecosystem, fell to $0.69, losing its peg to $1 as WAVES experienced a double-digit drop.

Why are the prices of these altcoin projects melting?

The market capitalization of Neutrino USD (USDN) almost doubled to $850 million, but was later devalued to $1. A market expert nicknamed Duo Nine gives the following assessment on this:

The USDN began to fluctuate on March 31 and has fallen by almost 20% to date. At the same time, he deleted $ 200 million. Considering that the total number of USDN tokens in circulation is 1 billion (1 US dollar is worth about 0.80 US dollars), this is a huge blow to USDN holders.

WAVES, a cryptocurrency offered as a reward for mining blocks in the Waves open source blockchain, fell by 15% to $42. Users need WAVES keys in Neutrino smart contracts for mining USDN, while USDN exchange has the opposite effect of destroying stablecoins to unlock the WAVES resource.

As we reported in Somanews news, several people on Twitter last week accused Waves of manipulating token prices through the DeFi Vires.finance credit platform. WAVES grew by more than 200% in March, making it one of the most efficient altcoin projects with a market capitalization of at least $1 billion.

To prevent price manipulation and protect the ecosystem, I propose to temporarily lower the liquidation threshold to 0.1% for Waves and USDN borrowings. I also recommend limiting the maximum annual borrowing rate (annual interest rate) to 40%.

Crypto Twitter supported the proposal, calling it an attempt to flip the system in favor of insider trading. Meanwhile, Vires.finance is losing liquidity amid disagreements. According to the Defi Llama data source, the total value locked on the DeFi platform dropped from a record $1.26 billion to $945 million in three days.

Four Times Greater in One Week: What Is Pundi X?